Senator Elizabeth Warren is taking no prisoners in the Wells Fargo & Co (NYSE:WFC) fake-accounts scandal, even going so far as to target the company’s auditor: KPMG LLP.

Along with several of her senate colleagues, Warren sent a fiery letter to the accounting firm, suggesting it had fallen short of its responsibilities as auditor.

“We are writing regarding KPMG’s role as the independent auditor of Wells Fargo’s financial statements from 2011 -2015, years in which the company was unable to detect and prevent illegal sales practices by thousands of employees,” read the letter. “Your firm’s failure to identify the illegal behavior at Wells Fargo raises questions about the quality of your audits and the effectiveness of the implementation of these Sarbanes-Oxley requirements by the Public Company Accounting Oversight Board (PCAOB).” (Source: “Senator Warren Letter to KPMG,” United States Senate, October 27, 2016.)

Warren contends that auditors like KPMG should spot malfeasance not only in the financial statements, but also in the internal controls that are meant to discourage bad behavior.

Despite taking a deep dive into Wells Fargo’s business every year, “none of KPMG’s audits identified any concerns with illegal behavior,” wrote Warren. “In fact, in each of your audits, your firm concluded that Wells Fargo ‘maintained … effective internal control over financial reporting.’”

The letter went on to ask if any high-level KPMG employees knew about the illegal sales practice, or if they did not, how the practice managed to escape their notice during routine audits. Warren also asked if Wells Fargo employees “mislead any employee of KPMG about the extent and impact of the unauthorized account creation.” 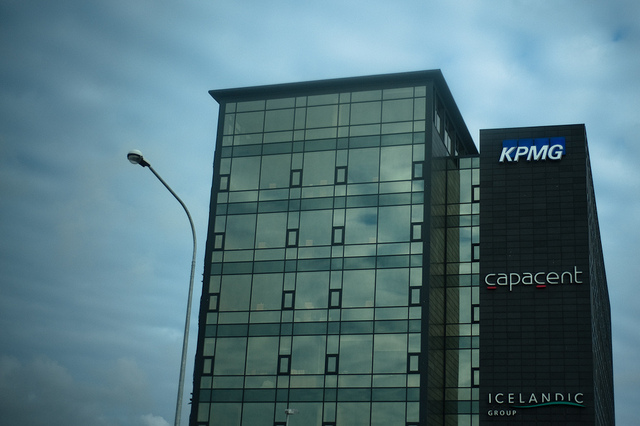 After publicly excoriating then-CEO John Stumpf—the man who led the firm as 5,300 employees opened two million accounts without customer authorization—Warren demanded that the embattled CEO resign his position and return his “ill-gotten” profits.

She got her wish last month when Stumpf announced an early “retirement.” His departure was a break from Wall Street’s standard crisis management playbook, as was the $41.0 million that Wells Fargo clawed back from his exit package.

The board of directors’ willingness to poke holes in Stumpf’s golden parachute suggests they take Warren’s complaints very seriously, which is why KPMG should be worried. As the “Liberal Lion” of the Senate, Warren’s role is to skewer corporations that cross a certain line.