USD to CAD: Prepare for a 65-Cent Canadian Dollar

Macquarie Bank Expects USDCAD to Drop to $0.65, But the Loonie Could Go Even Lower

The spectacular decline in the Canadian dollar in foreign exchange markets over the past few months may well continue. The USDCAD could return to levels not seen since 2002.

The Loonie is already low, given that the USDCAD is currently $0.74. The opposite courses chosen by the U.S. Federal Reserve and the Bank of Canada will deepen the difference in the greenback’s favor.

The 65-cent Loonie prediction considers such factors as a likely Bank of Canada interest rate cut and a $57.00 WTI crude oil price in the fourth quarter of 2017. (Source; Ibid.)

What’s to stop the USDCAD from going even further south?

A review of the historic record suggests that a Loonie as low as US$0.60 cannot be excluded. It has hovered in that range before. In January 2002, the USDCAD reached a historic low, falling below 62 cents.

Meanwhile, the Canadian economy simply doesn’t have the legs to support the Loonie. Consumers are heavily indebted and housing prices—and related debt—are already unsustainable. Meanwhile, the manufacturing sector is struggling.

While oil prices are higher, they are still far off from the numbers needed to sustain the shale production that prevails in the Canadian provinces of Alberta and Saskatchewan. The Bank of Canada is under pressure to stimulate growth, so it will have to drop its key rate soon; it’s at 0.5% now. 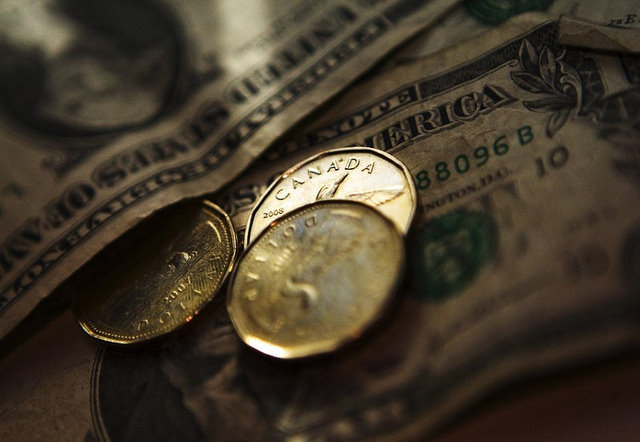 The need to stimulate manufacturing will drive the BoC’s rate policy. The low Canadian dollar does hurt Canadian retailers who need to import high-priced goods such as fruits and vegetables. But, in theory at least, it should help exporters, whose goods become more attractive to potential American and European customers.

A weak Canadian dollar also favors the tourism sector. The number of American tourists who book rooms was up considerably, especially in Quebec. That trend can only continue. But it will be more difficult for Canadians to travel South and to Europe—a lot more difficult.