U.S. Economic Outlook for 2018: Recession Stalking in the Shadows

Home » Analysis and Predictions » U.S. Economic Outlook for 2018: Recession Stalking in the Shadows

U.S. Economic Outlook for 2018 Must Contend with Approaching Recession

The U.S. economy looks pretty good right now. U.S. GDP growth has topped three percent for two consecutive quarters. The stock market looks as robust as ever, smashing new records in all major indices. Some economists believe that the U.S. is growing at its fastest pace since the Great Recession.

Therefore, the U.S. economic outlook for 2018 must be rosy right? Not so fast.

While it’s true that economic activity is at its strongest point in the current economic cycle, the question now is: “For how long?” Many of the positive economic attributes that President Donald Trump has brought to the table, such as business deregulation, have already been priced in. When we look at large telegraphed catalysts like tax reform, things get more sketchy.

It has been reported that Senators Bob Corker, John McCain, and Rand Paul may not support Trump’s tax reform if legislation gets floored. Neither may Alabama-Senate hopeful Roy Moore, who is competing for a Senate seat in a December 12 special election. If tax reform doesn’t get passed or is severely watered down, the economy will lose a major headwind in 2018.

With or without tax reform, the U.S. economy is destined to slow; the expansion cannot last forever. Should the economic growth figures come in as positive for Q2 2018, it will be the second-longest expansion in history.

One institution expecting such a retrenchment is French investment bank Natixis SA (EPA:KN). The bank’s chief economist, Patrick Artus, says that corporate investment is “abnormally high,” suggesting that an economic slowdown is likely. “The US economy will in all likelihood slow down substantially. There is a limit to the rise in the participation rate and the employment rate; real wages are slowing down,” said Artus. (Source: “Natixis Warns, US Economy Will ‘Slow Down Substantially’ In 2018,” Zero Hedge, October 28, 2017.)

Count me among the believers that the U.S. economy is strongest right before its sunset.

If you think about this on an individual level, it makes sense. Let’s say you have a combined household income of $130,000, with savings and no debt. You then decide to shed your frugal lifestyle and buy a house. So you take on a $500,000 mortgage, plus another $20,000 line of credit to furnish your new dwelling. A few weeks later, you charge an additional $10,000 on your credit card in order to take that vacation you’ve always wanted.

A few months later, disaster strikes and significant unexpected medical expenses pile up (not covered under your medical insurance), which adds another $50,000 to your debt pile. Pretty soon, the amount of further debt that you can take on starts to diminish. 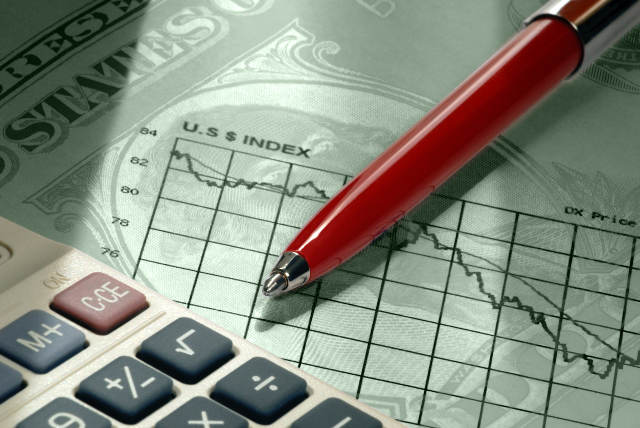 The lifestyle growth rate that you experienced on a personal level, combined with some unfortunate expenses, limits the amount of growth that you can experience going forward. If you take on any more debt, interest payments may begin to exceed your wages.

That’s where the U.S. economy is right now. This has less to do with the inflation rate, monetary policy, and job growth than it does with classic debt saturation. Like the example above, American businesses and consumers can only take on so much debt before credit growth stalls out. The federal funds rate (FFR) is still very low, so cutting a few basis points won’t stimulate much demand.

The coming credit slowdown is not about cheap funding; we have that in spades. It’s about the inability of people to expand their personal balance sheets ever further.

An example of this phenomenon is the non-existent growth in commercial and industrial loans. After all, mega-construction and large capital expenditure projects are the lifeblood of economic growth. Not only do they provide jobs and loan interest to the banks, they provide reoccurring economic growth after the project is constructed (such as a mall or movie theater complex). The fact that these loans have slowed to a crawl portends poorly for downstream growth prospects.

Personal savings have also hit business expansion lows, with Americans saving just 3.6% of their disposable income. This is about 44% lower than in early 2015, when households saved 6.5% of their incomes. With household debt topping records early this year, it’s becoming clear that the American consumer is almost tapped out. Remember, consumers account for approximately 70% of GDP in America. If they stop borrowing to consume (and they will), GDP growth could easily dive and usher in a recession.

In the end, there’s a multitude of bearish economic data hiding just under the hood. It’s being masked by the current “three percent growth” meme and booming stock market. But we’ve seen this movie before. No economic cycle lasts forever, let alone one built on a quicksand of uber-cheap credit. But economic turns take time, and are often masked by surprisingly good results near their apex.

That’s why I’m predicting that the U.S. economic outlook for 2018 will slide below two percent growth by the end of 2018. The mask on this near-second-longest business expansion will start slipping in the second half of fiscal 2018. Once that happens, a recession won’t be far behind.

Back in June 2016, the IMF weighed in with its own U.S. growth forecast. Despite the optimistic sentiment from businesses and Wall Street, they revised U.S. GDP growth from 2.3% to 2.1% for full-year 2017. The IMF slashed its full-year 2018 U.S. growth forecast even further, from 2.5% to 2.1%. “We have removed the assumed fiscal stimulus from our forecast,” said the IMF (Source: “IMF Slashes US GDP Forecast, Says Trump’s Growth Target Is ‘Unrealistic’,” Zero Hedge, June 27, 2017.)

For those keeping score, IMF economic projections already predict that the U.S. economy has peaked. In other words, current growth right now is the highest it will be until 2022. This should make any investor staking out a large position in the market quite cautious.

I understand that earnings growth has taken a back seat to central bank liquidity as the main market driver, but there’s no guarantee that it won’t gain paramount importance again.

With the Federal Reserve and European Central Bank (ECB) both signaling their intentions to reduce their balance sheets in 2018, I believe that earnings will matter again to stock market investors.

If I’m correct that GDP growth will progressively slow throughout 2018 to sub-two percent, a couple scenarios are possible:

There are arguments to be made on both fronts. 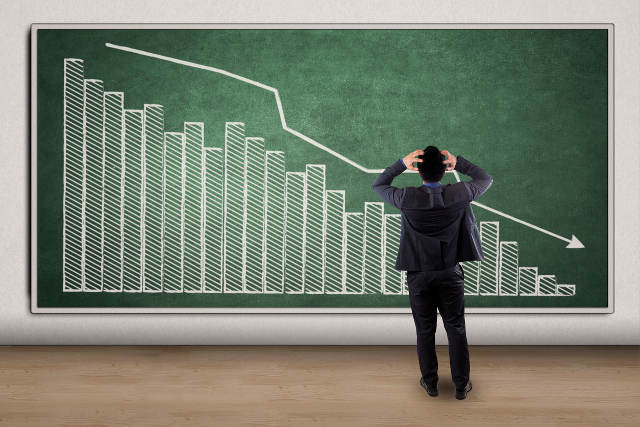 On one hand, interest rates remain quite low, monetary policy accommodative, and household debt as a percentage of income relatively manageable. Combine that with Trump’s business-friendly policies and the possibility of corporate profit repatriation (bringing back trillions of inflows from American-owned corporations), and I believe that the muddle-through scenario is quite possible.

Apparently, Goldman Sachs Group Inc (NYSE:GS) believes so too. Back in May, the firm’s model was only showing a 31% probability of a U.S. recession in the next nine quarters. If that turns out to be correct, this business expansion will officially become the longest ever.

“The likelihood that the expansion will break the prior record is consistent with our long-standing view that the combination of a deep recession and an initially slow recovery has set us up for an unusually long cycle,” wrote Goldman Sachs. (Source: “Goldman says this may become the longest economic expansion in history,” CNBC, May 8, 2017.)

On the flipside, numerous leading financial indicators are slipping. I touched on a couple earlier, but that’s by no means the only ones. Wage growth is slowing, personal savings are teetering, credit demand is flatlining, etc. There are at least a dozen indicators pointing to a decelerating economy going forward.

Is it more likely that growth accelerates nine years into a business expansion, or that it gradually degrades? History is not on the side of the former.

My U.S. economy 2018 predictions that include the gradual slowdown of the U.S. economy have been explicitly stated. Below are four more related predictions, based on an economic analysis of the data I’m watching right now.

Slowly but surely, Bitcoin is starting to integrate into mainstream economies. That doesn’t necessarily mean you’ll be able to pay for your groceries or buy a candy bar with it at the local convenience store (although that might happen, eventually). It means that governments will grudgingly accept Bitcoin as the new cryptocurrency benchmark, and devise ways to compete with it.

With the U.S. unemployment rate being historically low, simple math dictates that there’s nowhere for it to go but up. This will reduce incomes and, therefore, reduce consumer spending. The forces of automation are already starting to eat away at employment on the fringes. That trend will only accelerate further, putting low- and medium-skill workers in harm’s way.

If the economy grows that fast, it is clearly firing on all cylinders. No doubt growth is being buoyed by the rebuilding in southeastern Texas and west Florida in the aftermath of twin late-summer hurricanes. This effect will probably last into second- and third-quarter 2018. But, as Janet Yellen likes to say, these effects are “transitory.” Don’t be fooled into thinking that the economy is rocking like it’s 1998.

That’s another way of saying that earnings growth will matter again. The relentless liquidity-fueled melt-up driven by coordinated central bank intervention will slow. In fact, the Fed and the ECB will begin removing liquidity from their balance sheets. Banks will no longer blindly blow revenues derived from selling Treasury Bonds back to the Fed, because the Fed is no longer intervening (they became net sellers). Traditional fundamentals will matter for the first time in several years.