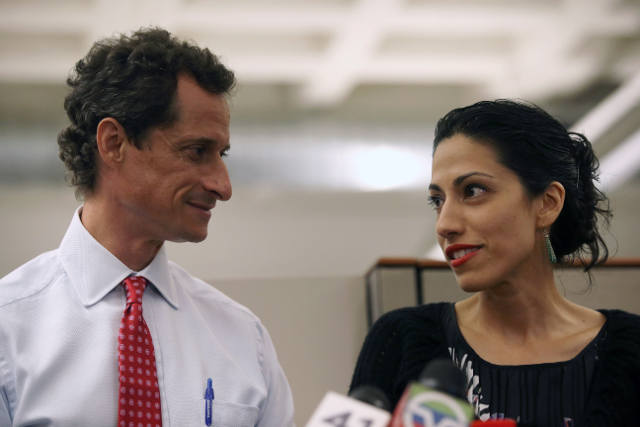 It didn’t take long for President Donald Trump to outrage the left this new year. In a bold rebuke against former Hillary Clinton top aide Huma Abedin, Trump suggested that she go to prison. To the right, the assertion is a sane conclusion to obvious mishandling of top secret information; to the left, it’s just another instance of Trump pressuring the Department of Justice (DoJ) into following his agenda.

Either way, the tweet was an eyebrow-raiser. Only four days ago, The State Department released 2,800 e-mails belonging to Huma Abedin after the FBI found messages contained on Anthony Weiner’s laptop following a previous investigation. Several of the released documents contain heavily classified information and were heavily redacted. They clearly had no business being on Weiner’s hard drive. Note that Huma Abedin and Anthory Weiner were married at the time in question. (Source: “State Dept. posts Huma Abedin emails found on Anthony Weiner’s laptop,” CNN, December 30, 2017.)

Interestingly, Trump drew parallels between the Huma Abedin case and that of Kristian Saucier, the Navy seaman jailed one year for taking photos on the inside of a U.S. submarine. Although Saucier admitted to taking six photos of classified areas inside the USS Alexandria in 2009, there was no evidence he distributed them. As his lawyer, Greg Rinckey, puts it, “It was a foolish mistake by a very young man”. (Source: “U.S. Navy sailor gets year in prison for taking photos inside nuclear sub,” Chicago Tribune, August 20, 2016.)

Of course, Trump’s point is clear and unmistakable: how is it possible that a navy serviceman receives jail time for relatively inconsequential photos while Huma Abedin compromises U.S. security, yet walks free? That’s a question many conservatives have been wondering for months on end.

In typical Trumpian fashion, the president is attempting to bring about action using social media to spotlight an issue. The pressure now rests upon the Department of Justice to act, or be held accountable to an awakened public. Given that DoJ Attorney General hasn’t done much of anything to “drain the swamp,” this might be the push he needs to get started.