The Dotcom Bubble Crash Explained in a Timeline

The late-1990s dotcom bubble was built on speculative euphoria and unbridled exuberance for untapped, limitless financial gains. The only problem was, the Internet wasn’t an easy, magical medium for making money. That didn’t prevent venture capitalists from throwing money at any old dotcom company in order to build market share, or from buying up shares in dotcoms that had little chance of becoming profitable. Indiscriminate investing and the fear of missing out sent stock valuations catapulting, which was the main cause of the bubble.

The dotcom bubble timeline below highlights the major milestones that shaped the trend and ultimately led to one of the greatest crashes in the history of Wall Street.

It’s debatable whether former U.S. Vice President Al Gore helped father the Internet. What isn’t up for debate is how the Internet has changed the way people connect and communicate, share news and ideas. And especially sell things.

In the early years of the Internet (1994–2001), the commercialization of the medium exploded. Or rather, the attempt to commercialize it did. The Internet might have looked like a basic extension of traditional brick-and-mortar businesses, but consumer psychology from that time shows us it wasn’t.

Regardless, millions of people built web sites in an effort to capitalize on this transformative medium. Investors, likewise, hoped to ride their coattails to untold riches as Internet usage soared from being almost exclusively used in academic and military circles to everywhere.

In 1995, the average user demographic was a 31-year-old male professional making $69,000 a year. Adjusted for inflation, that’s the equivalent of $110,000 in 2017, and just the kind of consumer that investors at the time were happy to capitalize on. (Source: “GVU’s 3rd WWW User Survey,” Georgia Tech College of Computing, last accessed March 23, 2017)

Fast forward a few years and, by 1999 (the height of the dotcom bubble), it was impossible not to get a stock tip, from virtually anyone. It was also difficult to find an investor who hadn’t made money on Internet stocks. Everyone was an investing genius.

What a difference a year can make. By 2000, many promising dotcom businesses had gone out of business, the NASDAQ had cratered, stock tips had dried up, day-traders needed to find jobs, and there was talk of a recession. Lastly, the September 11, 2001 terrorist attacks put an end to a decade that will be remembered as one of the strongest periods of growth.

There are many reasons why the dotcom bubble started. The dotcom bubble formed when investor interest in the untapped potential of Internet companies soared. Venture capitalists, looking for new ways to make money, poured millions of dollars into Internet companies, whether it looked like they were going to make money or not, to help them got to market.

Investors, as we have seen, afraid to miss out on the next big thing, or even the gains made in a single day, bought everything, whether the company had a viable business model or not. 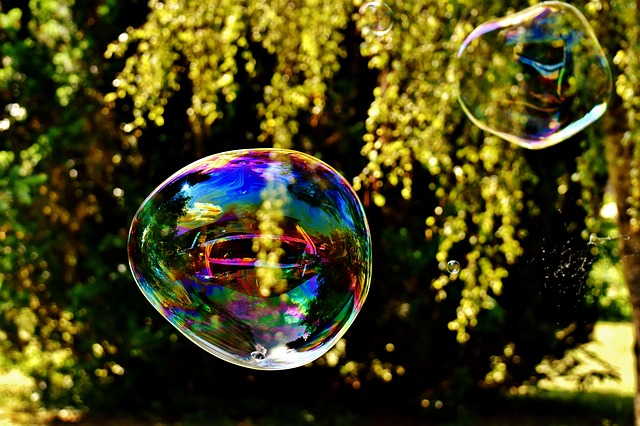 In 1999, there were 457 IPOs; most were dotcom stocks. Of those, 117 (one quarter) doubled in price on the first day of trading. Investors traded valuations for technicals and momentum, and sent Internet stocks higher and higher.

The cause and effect of this ignorance resulted in the bursting of the dotcom bubble. Eventually, valuations come back into play. Investors want to know their stocks are fairly valued. But they weren’t. Investors were spending a fortune just to own a dotcom stock that was burning through money to promote a product or service that might not even be viable.

That’s why, on March 10, 2000, investors started to sell. There was no warning, no single factor you can point to in hindsight. The bubble just started to deflate, slowly at first, then it popped.  The same investors who ignored valuations and flooded the market to take advantage of the dotcom bubble were the same ones to exit en masse. Buy high, sell low.

At the peak, the S&P 500 was overvalued by 176%. At least, that’s according to the cyclically adjusted price-to-earnings (CAPE) ratio which compares current prices to average earnings over the last 10 years. In December 1999, it stood at 44.20; the long-term average is 16. Just before Black Tuesday in 1929, the CAPE ratio was only at 30, the second highest reading ever, implying that stocks were overvalued by 87.5%.

Tech companies now desperate for capital couldn’t find any, and went broke. It took 15 years for the NASDAQ to regain those lofty heights. Have investors learned anything, or are we on the precipice of a second dotcom bubble?

A Second Dotcom Bubble to Come?

Are we in a second dotcom bubble? At the end of the first quarter of 2017, the broader markets continued to trade near record levels, as investors are afraid to miss out on the second-longest bull market in history. The long-in-the-tooth bear market got a jolt back in November 2016, after Donald Trump won the presidential election.

Investors, initially dubious of a Trump presidency, decided that his pro-business economic policies would be good for Wall Street and the U.S. economy. In the first four months after the election, the tech-heavy NASDAQ climbed 11% to around 5,900. That’s a 15% gain over the March 2000 record of 5,132.

Will history repeat itself, or have investors learned their lessons and it’s different this time? The current tech bubble is being stretched thin. Many thought it would burst in 2016. Obviously it didn’t. Will the tech bubble burst in 2017? When it does, will it be worse than the 2000 dotcom bubble?

Investors still get excited about dotcom and tech stocks when those stocks have an IPO. And investors continue to throw caution to the wind. Case in point: on March 2, Snap Inc (NYSE:SNAP) closed its first day of trading up 44%, at $24.48 per share. On the second day, it soared even higher, almost 20%, to an intra-day high of $29.44. At this point, the company had a market cap of $31.1 billion!

Investors, it seems, were elated to get in on a company that generated $404.5 million in revenue in 2016 and had a net loss of more than half a billion dollars. The future doesn’t exactly look bright for SNAP either; the company notes in its U.S Securities and Exchange Commission (SEC) filing that it has never made money, and might never achieve, nor maintain, profitability. (Source: “Form S-1 Registration  Statement,” U.S Securities and Exchange Commission, February 2, 2017.)

It didn’t take long for that elation to deflate. Just three weeks after the IPO, SNAP was trading near $20.00 per share. Whether it’s 1999, 2017 or 2018, investors love the untapped potential of tech and dotcom stocks, even more so when the markets are at record levels and opportunities for growth seem rare. Which might explain why investors are willing to, once again, ignore fundamentals and chase technicals and momentum. 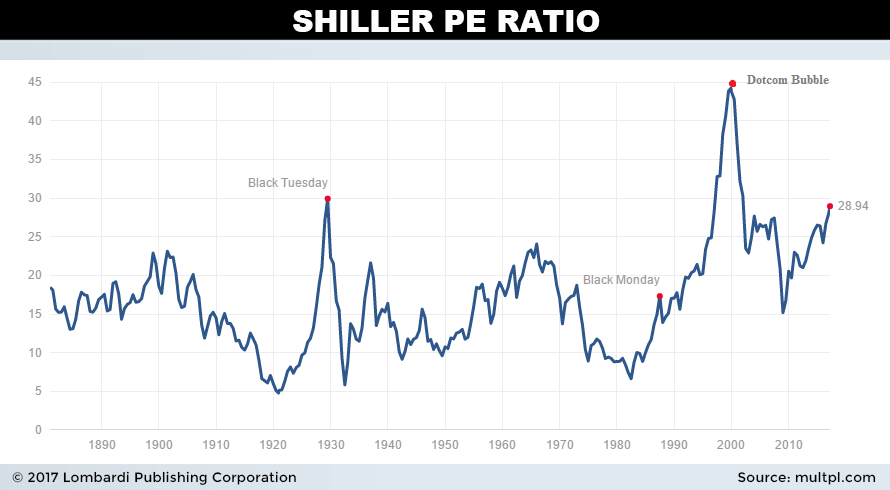 The excitement around the Trump presidency and the disregard for valuations cannot last forever. Eventually, investors will need to see progress with Trump’s economic platform. It’s tough to justify the sky-high valuations if the economic data is weak or it looks like President Trump is not going to be able to fulfill his campaign promise of annual GDP growth of four percent.

Investors are only willing to hold onto stocks with promise for so long. Eventually, valuations will matter again. When fundamentals do enter the spotlight again, investors could see stocks start to slowly deflate, in what analysts will call a simple correction. But it will snowball.