Is There a Stock Market Bubble?

The media has celebrated the financial rallies of the past few months. It seems there isn’t a week when the Dow Jones Index fails to reach a new record. Equity is on full-automatic climb mode. But the air has rarified and the engines have little oxygen left to keep up the pace. Most investors are too distracted in financial La-La Land to notice we’re in a stock market bubble.

This is not a clear case of overvalued stocks. It’s more than that. It’s about stock market valuation in general and the failure to absorb the lessons of the 2008 recession. As it happens, President Trump will likely sign a decree that will terminate the mechanism financial regulators adopted to better recognize the signs of a crash and a U.S. stock market bubble 2017.

Economic collapse 2017? If his advisors recommend it, President Trump will scrap the Dodd–Frank Wall Street Reform and Consumer Protection Act and the entire regulatory apparatus that comes with it. Before getting a bit deeper into what the Dodd-Frank implies, the ultimate effect is to reset the level of risk back to where it was before the 2008 recession.

But, given the lofty heights of the current bubble, the risk of financial collapse is greater than it was when Lehman Brothers Holdings Inc. cracked. So, what is the Dodd-Frank? It’s a set of rules dated 2010 that were designed to help mitigate, if not avert, the next financial collapse. The Act also includes provisions to strengthen the Consumer Financial Protection Agency (CFPA).

The CFPA has ensured that financial institutions do not abuse the rules governing matters related to credit cards, debt, and real estate mortgages. Indeed, its goal is precisely to monitor stock market bubble indicators. In other words, the CFPA has protected American investors, making sure the financial industry avoids the temptation to increase the financial risk borne by the American taxpayer.

The Banks Never Liked the Dodd-Frank

The Dodd-Frank demands greater transparency on the part of the operators. But it also limits the extent to which banks can expose themselves to risk. Thus, the Act includes the Financial Stability Oversight Council, which monitors hedge funds. Then there’s the Volcker Rule, which has banned banks from using their customers’ money to trade in the financial markets. These are the consequences of the stock market bubble.

The U.S. Securities and Exchange Commission (SEC) was also empowered through the Office of Credit Ratings to keep trading agencies in check. Anyone who has studied the 2008 financial crisis in any detail would have learned that rating agencies were accused of having failed to identify financial implosion risks. They failed to notice the extreme case of Lehman Brothers, for example.

It was the Lehman Brothers collapse that sparked the 2008 financial crisis. Yet, the rating agencies had awarded it a first-class rating literally days before the crack. Since the 1980s, the development of so-called “financial engineering”—a contradiction in terms—has generated an incalculable level of complexity.

In the early 1990s, Wall Street was hiring for Soviet Bloc physicists and mathematicians to transfer their scientific expertise to finance. The expertise needed to keep up with the mechanisms and algorithms Wall Street was developing simply didn’t exist. It took time to catch up. The financial crisis was a wake-up call for the excessive importance of financial modeling.

The problem is that real life and real risks often have a way of interfering with the elegant but virtual world of models. Surely, Dodd-Frank has had a stifling effect on banks’ ability to take risks—and occasionally score big gains. But, it’s also sensible that banks refrain from gambling with your money. Take a look at the two charts below. The Dow Jones and FTSE are at unreasonable heights. Their inevitable crash will be loud. 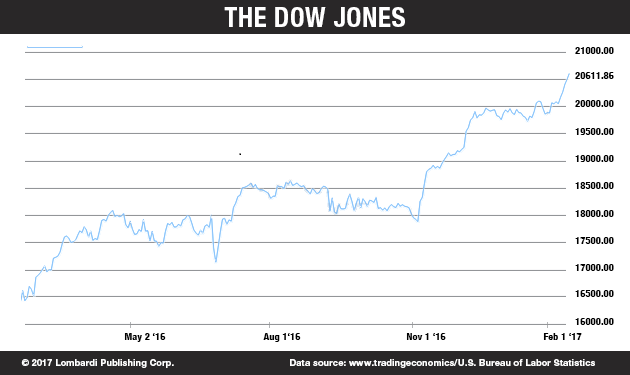 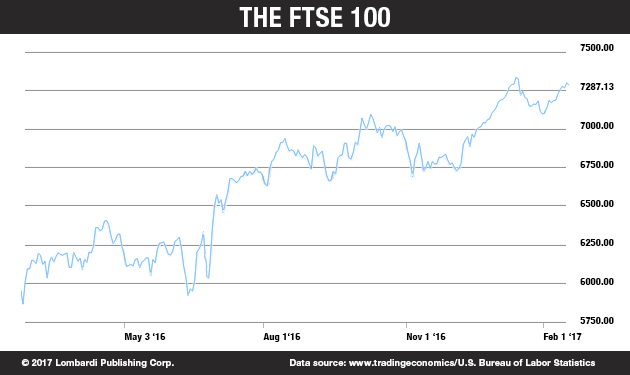 Now, with Dodd-Frank heading toward the Trump chopping block, the world of finance can resume gambling with your money. That’s one of the leading stock market bubble indicators. Or, rather, it precedes a bubble and its inevitable pop. In reality, the banks have tried to skirt around many of the Dodd-Frank provisions.

The Return of High Stakes Finance Is Imminent

It may sound good, but not for the vast majority of you. This is a game that has few winners and many losers. The games they play rarely benefit the average investor or retiree. Rather, they need these mild and plentiful types to feed their greed and what is akin to a gambling habit.

Just remember that before Dodd-Frank, the world of modern high stakes derivatives brought many gains to hedge fund manager types. Yet it cost average Americans some $300.0 billion to bail out the banks that played such irresponsible games with their money.

The 2008 recession could have been far worse had the whistle been blown just a few weeks later. In 2000, the effects were mitigated by the fact it was a technology stock bubble.

It could have provoked the biggest financial catastrophe ever, making 1929 look like a stock market rally. It threatened to involve the average person’s savings. The stock markets can be amazing tools to advance the interest of companies, financial institutions, and individuals.

Nowhere else can an average citizen risk 100% of an investment while, theoretically, expect to receive 1000% of it back. For example, investing in a regular stock, the most you can use is your initial investment. But, you can hope to gain two or three or ten times its value in time. However, the problem is that people have tended to invest more of their savings into ever riskier financial instruments.

That means, that an ever larger portion of portfolios is subject to risk. That’s why a set of rules to govern how that risk is managed is not only desirable, but necessary. The system is not able to regulate itself. Left to its own devices, it would simply continue to raise the dangers.

The fact that President Trump appears to be gambling with international geopolitics makes the situation in the markets especially precarious. The financial markets shy away from surprises. They are sensitive to sudden changes and more than anything else, they fear the unknown.

It’s not even been 100 days in office, but Trump has shown he doesn’t take any prisoners when it comes to risk. That’s why a stock market crash 2017 is more than likely. Before last November’s U.S. presidential elections, most analysts had feared sharp stock market declines in case of a Trump triumph at the polls.

That adverse reaction signals that the current Wall Street bullish run sooner or later will hit a Great Wall of China-sized barrier. Trump has been playing with fire, triggering confrontations with China, Iran, and Mexico. Despite all the Cold War-style propaganda from both Republican and Democratic politicians—and the mainstream media—Trump has also shown hostility to Russia.

The Geopolitical Situation Is Ripe with Risk

In this geopolitical and economic context, all it takes is for one black swan even to burst the bubble. The sound of that pop will resonate worldwide, prompting another and more crippling financial collapse. If you need any evidence of stock market bubble indicators, here’s one that is sure to raise concerns.

Before Trump won the keys to the White House, stocks worldwide added $3.36 trillion in market capitalization, and about $2.2 trillion of that came from U.S. stocks since the November 8 election. (Source: “Trump’s stock-market rally threatens to annihilate bears,” February 15, 2017.) Records are being broken, but so far, there’s nothing to justify such financial optimism.

The bubble risk has not scared the markets into a correction yet. But at the first sign that Trump won’t be able to deliver on his promises, the optimism will teeter. The basic contradictions that could persuade investors of the risk of a stock market bubble are among us. Here’s a sign that should worry everyone: gold.

As most investors know, gold is a defensive investment. It’s a safe haven—the safe haven par excellence—in times of financial uncertainty. Given the unprecedented scope of the Trump rally, you would think gold to be trading at record lows. As it happens, it is not. Gold and stocks are sharing the same rally.

The price of gold crept over the $1250 per ounce threshold for the first time in over three months on Friday. The breakthrough came just a day after U.S. Treasury Secretary Steven Mnuchin stressed an ambitious plan to ensure “very significant” reform passed before Congress’ August recess.

One explanation for gold’s rise is that Trump has talked about launching a massive fiscal stimulus package, which could increase the deficit. In the process, it would also push inflation. But, Trump has yet to offer any concrete evidence of this. His policy hints when it comes to economics have tended to focus on lifting barriers to risk taking.

Trump has also promised to lower taxes for businesses and individuals alike. There’s no evidence that he will be able to deliver on this desirable goal. All this in a context of protectionism that could bring global trade to a halt. Once the limits to Trump’s GDP boosting policies start to become clearer, the markets will suffer.

The ultimate risk, however, as Neel Kashkari of the Minneapolis Fed noted, is that Wall Street can never recognize a dangerous speculative bubble before it bursts. This is the observation to keep in mind now. The Trump effect could wane at any moment; with the exception of few sectors like defense, financial assets are floating in unstable waters.