SolarCity (NASDAQ:SCTY) Approves Tesla Merger, But There Are Big Challenges Ahead

The SolarCity Merger Has Not Improved Tesla Shareholders’ Risk

Shareholders of SolarCity Corp (NASDAQ:SCTY) have overwhelmingly approved plans to merge with Tesla Motors Inc (NASDAQ:TSLA). Last summer, Tesla’s CEO Elon Musk announced plans to merge with SolarCity for $2.6 billion. The approval from SolarCity never appeared to be a problem to secure. Shareholders of the solar panel maker will get a good deal, after all. They will receive 0.110 Tesla common shares per share held, which valued the SolarCity share at $25.37. (Source: “Tesla’s Musk closes SolarCity deal, more challenges lie ahead,” Reuters, November 17, 2016.)

Musk considered the SolarCity deal crucial to his overall vision for Tesla (electric cars and domestic batteries). Indeed, it represents “what the world needs, the ultimate solution.” But there are problems; not everybody shares the vision. Beyond the lack of synergies that remain complex to quantify, SolarCity is expected to consume $400.0 million in cash next year and post an adjusted loss of nearly $1.0 billion, according to the consensus. (Source: Ibid.)

Tesla Motors Inc, founded in 2003 (Musk only joined a few years later) had a profitable quarter recently. But, without government subsidies, it would have shown another loss. That said, apart from the latest quarter, Tesla has never delivered a full year’s profit. Yet, Tesla stock is more valuable than some automotive giants. This brings to mind what Musk told SolarCity shareholders at the company’s headquarters in Fremont, California: “Your faith will be rewarded.”

Indeed, it is a matter of faith. Tesla suffers from an overambitious program. The company is as keen on driverless solutions as it is on electric power. Tesla may have been selling too advanced a driverless system for current global traffic conditions. Tesla investors have been anxious about a U.S. Federal investigation of the death of a Tesla owner operating his car on “Autopilot,” Tesla’s driver assistance system. (Source: “Autonomous-Car Proliferation Decades Away, U.S. Regulator Says,” The Wall Street Journal, November 15, 2016.) 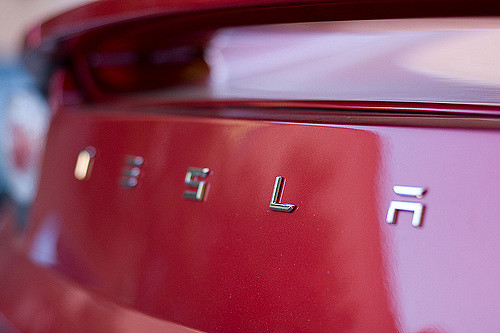 That’s just the latest of a series of similar problems (not all resulting in deaths) in 2016. Many are concerned that Musk may be overextended between ambitious future goals for Tesla, the work of integrating SolarCity, and his CEO duties at SpaceX.