With Increase in Demand for Gray Metal, Silver Stocks Could Surge in 2017

Home » Commodities » With Increase in Demand for Gray Metal, Silver Stocks Could Surge in 2017

Here’s the fact: if silver prices continue to move higher, as they have since the beginning of the year, silver stocks could surge in 2017. This is going to sound very bold, but it wouldn’t be shocking to see them double, triple, or more.

Why could silver surge?

You see, there are several reasons why silver prices could rise in 2017. You can read about the silver prices forecast here: “Silver Price Forecast for 2017.” But this is just one reason why the gray precious metal could soar, and buying silver stock could be the best way to make money.

Understand that in the silver market, there’s a disparity between demand and supply—the most basic economic factors. We currently see the demand for silver soaring, while the supply side is struggling.

To examine the demand side, look at the sales of silver at mints around the world. They are nothing short of impressive.

But, don’t just stop here. Look at the Perth Mint, the biggest mint in Australia, as well. In January, it sold 1.23 million ounces of silver. This was over 180% higher than what the mint sold in December of 2016! It sold just 430,009 ounces of silver in December. (Source: “Perth Mint Gold and Silver Bullion Sales Jump in January,” CoinNews, February 10, 2017.)

This isn’t all for the demand side. Keep in mind, silver has huge industrial use as well.

It’s used in gadgets like cell phones and other electronics. 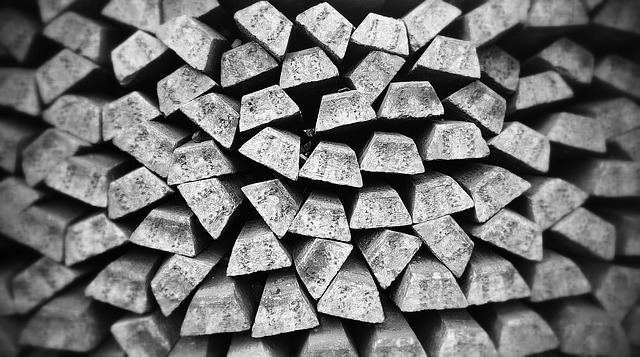 Currently, the demand for cell phones is huge and it wouldn’t be shocking if it gets bigger. I wrote about this not too long ago, on how many sell phones are expected to be sold between 2017 and 2019, and how much silver could be needed to make these phones.

Silver is also used in solar cells, and the demand for them is solid. This is despite the new U.S. administration being friendly towards coal and other fossil fuels. Investors have to look beyond the U.S. Elsewhere in the global economy, solar energy is becoming mainstream, and it’s going to require silver. Obviously with time, we will know more.

Adding to all this, it shouldn’t be forgotten that silver is used as a store of value, just like gold. Investors rush towards the precious metal in times of uncertainty and currency devaluation.

With this said, we are seeing news stories pop out of Europe that suggest the European financial crisis could be reviving again. If this continues, and we hear news of a bank default, this will cause investors to panic and boost the demand for silver.

As per the supply side, it looks like there are troubles brewing—there isn’t enough silver being produced.

Over the past few years, the decline in silver prices has been pretty much a blessing in disguise for those who are bullish on silver.

Lower silver value has caused companies to cut production. If you look at the statistics from major silver-producing regions, it becomes very apparent that the struggle is real.

Consider Canada as one example. In the first 11 months of 2016, primary silver production in Canada amounted to 331,645 kilograms. In the same period a year ago, this figure was 338,466 kilograms. If you do simple math, this represents a decline of over two percent year-over-year. (Source: “PRODUCTION OF CANADA’S LEADING MINERALS,” Natural Resources Canada, November, 2016.) Canada is one of the top 15 silver-producing countries in the world.

Look at Mexico as well, the biggest silver-producing country in the world. In the first 11-month of 2016, the monthly average silver production was 391,718 kilograms. In the same period of 2015, this was 414,425 kilograms. (Source: “Value and volume production of Silver,” Servicio Geológico Mexicano, November 30, 2016.) Again, simple math here; this represents a decline of about 5.4%.

Keeping the demand and supply situation in mind, it’s not irrational to think there could be a shortage of some sort in the silver market. We have soaring demand and anemic supply. Economics 101 suggests this is a perfect recipe for higher silver prices.

How High Could Silver Prices Go?

One of the ways to value silver prices is to look at the gold-to-silver ratio. At the very core, this ratio says how many ounces of silver it takes to buy one ounce of gold.

With this in mind, please look at the long-term chart of gold-to-silver ratio below.

Where Will the Biggest Return Be as Silver Prices Soar?

To learn different ways to invest in silver, investors could look here: “How to Invest in Silver.”

But as silver prices surge, investing in silver stocks could provide the biggest bang for the buck.

Consider this: If an investor buys silver bullion for $18.00 an ounce and we assume the precious metal price goes to $31.25, their return would be just that, 73%.

Assuming a silver stock produces an ounce of silver for $5.00 an ounce, with the current price of silver, it rakes in about $13.00 per ounce in profit margin—about 260%. If silver prices go to $31.25, its profit margin will increase to 525%. As this happens, its stock price will reflect this and soar much higher.

In other words; by investing in silver stocks, investor could get leveraged returns.

Still not convinced? Then look at this. In the past 12 months, silver prices have increased just over 12%. If you look at a well-run silver-mining stock like Hecla Mining Company (NYSE:HL), it has increased over 184.93%. In other words, for every one percent increase in silver prices, this mining stock provides a 15% return. Impressive.

Mind you; Hecla Mining Company is not a recommendation to buy, but rather an example of how silver stocks could perform when silver prices soar.

Precious Metal Analysis: Keep Gold and Silver on Your Radar in 2017

What Are the Best Silver Stocks to Buy in 2017?

You see, when it comes to picking silver stocks in 2017, investors have to keep three things in mind.

Second, the quality of the grades in the ground is very critical as well. Silver mining companies usually report this information in their shareholders’ presentation or in their technical reports. The higher the grades, the better the company. Why? To extract the metal from the ground, with higher grades, it might take less effort, and it could help the company produce more silver and essentially increase shareholders’ value.

Third, the location of the property. A silver property in a mining-friendly and safe geopolitical area is far better than a property located in a country that has issues with mining and is prone to wars and corruption. If a silver company has a mine in a stable country, its actions are predictable and investors don’t get too many surprises.

With all this said, silver stocks are a place investors aren’t paying much attention to. With fundamentals in the silver market getting better, silver prices could soar. This is going to give a boost to silver stocks.

I will be bold here and say this; silver stocks are selling for literally pennies on the dollar. In the next bull run on silver stocks—that could very well be on its way—a lot of money is to be made. Investors could make massive returns. Their money could be doubling faster than any other asset class.

If you’d like to learn more about silver stocks and know about one stock that we have researched and believe every investor should look at, click here.