This is because Trump confirmed, after a 90-minute meeting with President Barack Obama at the White House, that he would scrap the Trans-Pacific Partnership (TPP). Nike stock did not move.

But Nike stock has suffered in 2016, losing over 16% year-to-date and over 22% in the past year. Nike was one of the free trade agreement’s main proponents. It would have enabled the company to make more shoes in places like Vietnam, importing them into the U.S. at a much lower cost. This would have made Nike shoes more competitive than those from New Balance. The latter company still has considerable production in the United States.

Trump promised that if he were elected president, he would tear up the TPP on the first day of his term. As for Obama, he hoped to be able to promulgate it before his departure from the White House on January 20, 2017. Apparently Trump persuaded Obama to abandon the trade agreement with the 12 countries bordering the Pacific.

New Balance may sigh in relief; it has always criticized the TPP. New Balance has just built a new headquarters in Boston but it does not manufacture all its equipment in the United States. It also has employees in the countries covered by the TTP. But it advertises its New England factories and roots as a point of pride. Opposing the TPP became a marketing strategy of sorts for New Balance, which has been stealing sales from the No. 1 sneaker company, Nike.

New Balance, Nike, and the End of TPP: the New Sneaker Wars

New Balance has emphasized that it has more “Made in USA” shoes than anyone. This has created some unexpected trouble, like a misunderstanding by which white supremacists have declared it to be the “Official Shoe for White People.” New Balance is private, but Nike stock did not move higher on the controversy affecting its biggest U.S. rival.

New Balance has had to distance itself from some of Trump’s other positions. On the issue of the TPP, it can count on Trump—as well as Nobel laureate and Trump critic Paul Krugman—who have both criticized the trade and investment deal. The difference is that as President of the United States (POTUS), Trump can actually do something about it. During the election campaign, Trump described the TPP as the “biggest betrayal” of American workers. 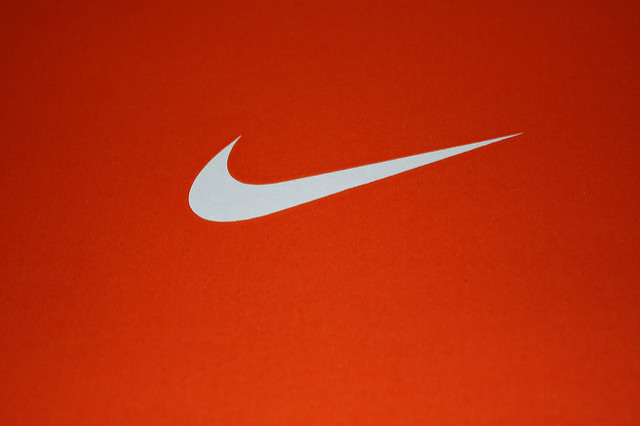 Recently, Senator Charles E. Schumer, probably the new Democratic leader in Congress, informed the AFL-CIO union leadership at a meeting last Thursday in Washington that Congress would not ratify the TPP. Even if Obama has already signed the TPP, it cannot come into force without the ratification of Congress.

It’s possible that Nike stock has already priced in the TPP collapse, but prospects are bearish if New Balance can use its political win to its market advantage. Such was Nike’s hope in the TPP that President Obama defended and promoted the deal from Nike’s headquarters in Oregon in 2015.

Meanwhile, it did not take Bernie Sanders or Paul Krugman to see that the TPP’s beneficiaries were going to be multinationals that manufacture their products in low-wage Asian countries. American workers then get to buy them at a high price, probably the same price as U.S.-made New Balance products.

If NKE stock has not suffered a fallout yet, it could see the effects of the TPP collapse in the new year.