Meme Stocks & Joke Cryptocurrencies: Does Money Have No Value Anymore?

Over the past year or so, if you’ve been following the financial news even slightly, it’s likely you’ve heard about extraordinary returns in certain places. Headlines have been filled with meme stocks, meme cryptocurrencies, “WallStreetBets,” and the list goes on.

Investors have been buying things that don’t have much real value and have been taking their prices much higher. The returns have been astronomical, to say the least.

Take a look at the price chart of famed cryptocurrency Dogecoin from early 2021, for example. At the beginning of the year, Dogecoin traded for $0.005. By early May, it was trading as high as $0.73. This represents an increase of more than 14,000% in the matter of a few months! Keep in mind that, over the long term, index funds make average gains of about eight percent to 10% a year.

Mind you, this cryptocurrency was created as a joke, and now it’s worth $34.0 billion in total. At its peak in early 2021, Dogecoin was worth more than $70.0 billion. 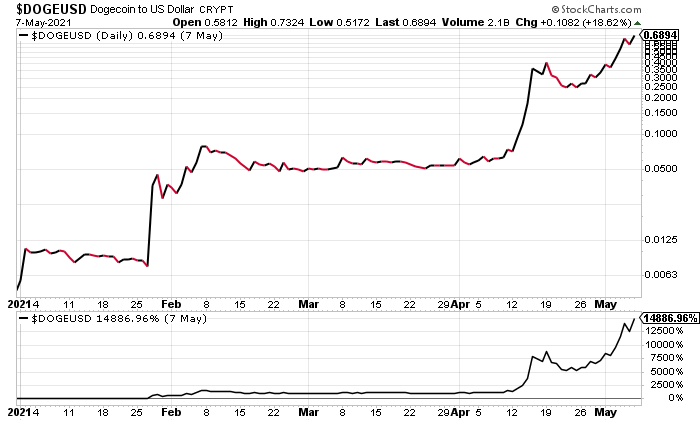 Dogecoin isn’t the only cryptocurrency that has surged recently.

You may have heard of a show on “Netflix” called Squid Game. The South Korean survival drama is one of the biggest hits on Netflix so far. The popularity of the show inspired the creation of a cryptocurrency called Squid Game coin, or SQUID for short.

A few days later, it became evident that Squid Game coin was a scam. The creators of the cryptocurrency had cashed out and abandoned it. Now, Squid Game coin trades at $0.34. Had you bought it at $0.015, you’d still be up by more than 2,000%!

Who Can Forget the Best Meme Stock, GameStop?

While Dogecoin and Squid Game coin are just two of many examples of what’s been happening in the cryptocurrency market, who can forget good ol’ GameStop Corp. (NYSE:GME), an ailing video game store that started getting attention from investors last year. 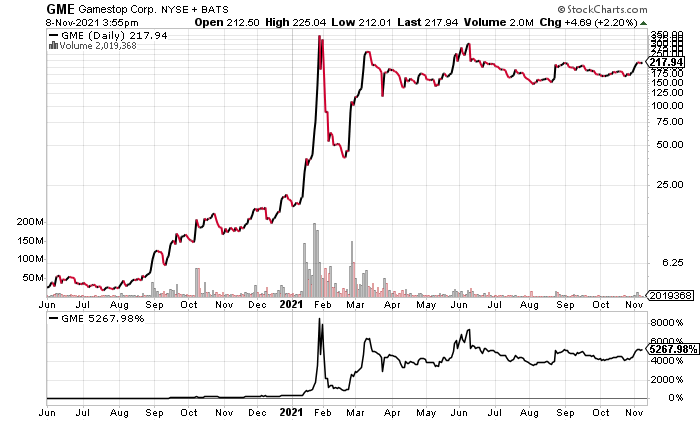 Dear reader, given what’s been happening over the past year or so—investors bidding up the prices of assets that don’t have much real value—I have a few questions.

No one else seems to be asking these questions. It’s worrisome, to say the least.

41.5 Million Americans on Food Stamps: Is This What Economic Growth Looks Like?
Moe Zulfiqar, B.Comm.