Jerome Powell Wiki: Everything to Know About the Next Fed Chair

Home » Wiki » Jerome Powell Wiki: Everything to Know About the Next Fed Chair

Jerome H. Powell has had a career both in the public and private sector, with most of his wealth having come from working as an investment banker.

And now, with Powell being mentioned as a possible nominee as the next chair of the Federal Reserve, let’s take the time to answer the question “Who is Jerome Powell?” Read on for Jerome Powell’s net worth, career, and family life in this Jerome Powell wiki substitute.

In this article, we will see everything about the next fed chairman.

In 1971, Powell graduated from Georgetown Preparatory School, going on to obtain a Bachelor of Arts degree in politics in 1975 from Princeton University. He continued his schooling by completing his Juris Doctor (J.D.) from Georgetown University in 1979. 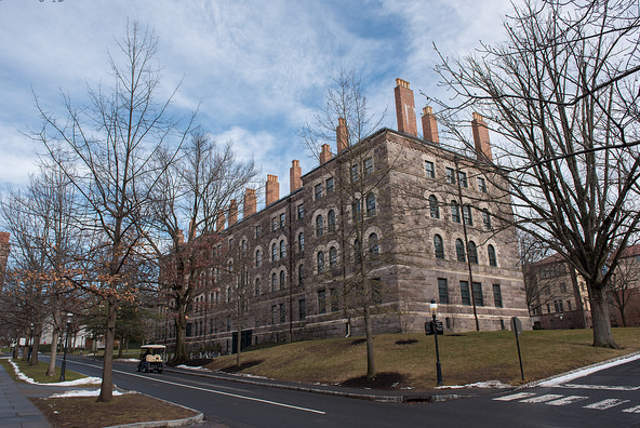 Jerome Powell has completed his Bachelor of Arts degree in politics in 1975 from Princeton University. (Credits: Sivarajan Dhandapani/Flickr.com)

Powell went from school to working as a lawyer in the financial industry. In 1985, he joined investment bank Dillon Read & Co. as an associate. At the time of his departure from the company in 1990, he was senior vice president. Powell went on to become a partner at The Carlyle Group LP (NASDAQ:CG), a private equity, alternative investment asset manager and financial services provider, from 1997 to 2005.

Powell has also gained experience by working for government entities. Under George H.W. Bush, Powell served as an assistant secretary and as an undersecretary to the treasury. This included responsibilities pertaining to policy for financial institutions, the Treasury debt markets, and any related financial and policy matters.

Powell has also worked as a board member on charitable organizations, educational institutions, and corporate boards. These include The Nature Conservancy and the Bendheim Center for Finance at Princeton University.

Powell currently works as a member of the board of governors of the Federal Reserve. He took this position back in 2014, with his term ending in 2028. However, he could also leave the position before his term ends, one potential reason being detailed below.

In 2013, Powell was on the short list of possible nominees that were going to succeed Ben Bernanke. At the time, Jerome Powell’s net worth was estimated at approximately $50.0 million. (Source: “The Fed’s millionaires,” CNN, August 28, 2013.)

In the end, then-President Barack Obama nominated Janet Yellen as Fed chair. But now that Donald Trump is president, he wants to nominate someone for the position that holds the same beliefs as him. Jerome Powell is one name that has been mentioned as a possibility. Should he take the position, his net worth will likely be updated, since all his financial assets will have to be disclosed, including cash balance, investment accounts, and retirement accounts, to ensure no conflict of interest or potential abuse of power.

If Jerome Powell does become the chair of the Federal Reserve, he will earn income in the range of $175,000 to $200,000 annually. This salary would not impact Powell’s total net worth, were it already in the millions.

Powell married his wife, Elissa Ann Leonard, in September 1985. A producer and writer, Leonard has decided to retain her maiden name after marriage due to her job.

Leonard completed her studies in a joint major in Visual and Environmental Studies and Government from Harvard College in 1979.

At this time, Leonard is the vice chair of the board of managers of Chevy Chase Village, the couple’s current residence. Previously, she was the chair of the buildings facilities commission and was part of the tree committee and the environment and energy committee.

This Is the Reason the Gold Price Has Stumbled