You probably didn’t hear it on CNBC or your local business news source, but physical gold just received its ultimate validation. None other than Goldman Sachs Group Inc (NYSE:GS) endorsed gold as the “true hedge of last resort,” validating what precious metals enthusiasts have always known.

Why is this important? Because Goldman Sachs is known to be among the most perma-bear investment banks on Wall Street when it comes to gold. They rarely have anything good to say about it. Their forecasts are usually on the low end of analysts’ estimates, and often straight-up outliers.

For example, in the first quarter of 2016, Goldman Sachs predicted that the sharp gold rally occurring at the time would fizzle out. But their bearishness didn’t stop there. They put out a $1,000/oz end-of-year target, despite the fact that gold was trading close to $1,300/oz, up 19% from the the November 2015 lows. Gold finished 2016 at over $1,160/oz. 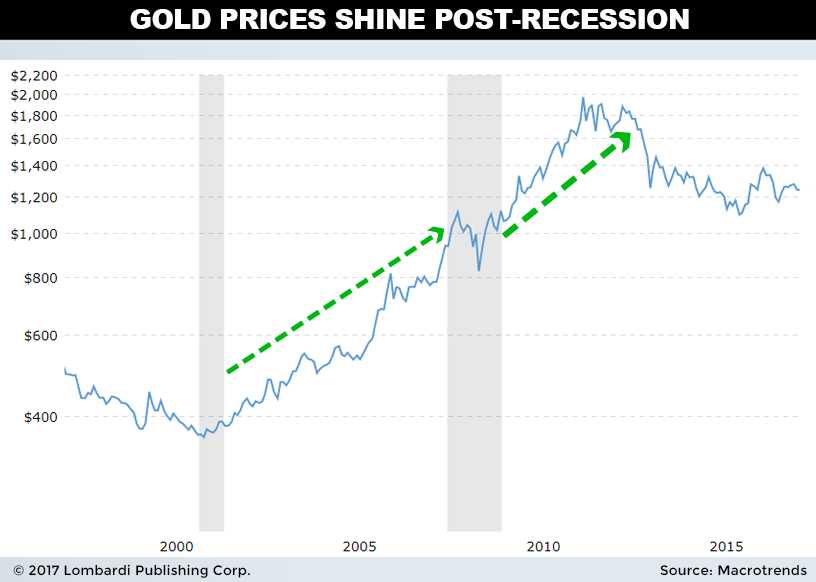 In 2009, Goldman became surprisingly bearish on gold and silver just as the Federal Reserve was slashing interest rates and blowing up their balance sheet. They slapped both three-month and 12-month price targets of $960.00/oz for the king metal. (Source: “Goldman Loves Natural Gas, But It’s Surprisingly Bearish On Silver And Gold,” Business Insider, November 3, 2009).

Not only did Goldman Sachs’ target completely miss the mark, gold prices almost doubled in a vertical move that ended two years later, well north of $1,950/oz. It was another dismal gold prognostication for one of Wall Street’s premium investment banks.

The thing that caught my eye was that Goldman Sachs specifically chose to single out physical gold as the “true hedge of last resort.” This is important as much for what was omitted than the endorsement itself. (Source: “Using Gold To Hedge Korea Nuclear War Risk? This Is How To Do It, According To Goldman,” Zero Hedge, September 5, 2017).

After all, Goldman Sachs could have proclaimed alternative assets like Bitcoin as superior hedges. In some circles, Bitcoin is known as “digital gold.” Indeed, it has performed exceedingly well over the past couple years, with its biggest gains often coming on days of turmoil or excess volatility.

For example, Bitcoin jumped nine percent a day after U.K. voters voted to exit the European Union (EU). Meanwhile, the British pound lost about eight percent on the affirmative “Brexit” vote, which coincided with the last period that the S&P 500 experienced its last stock market correction. In other words, it was Bitcoin, not the British pound or equities, that became the best fear hedge for this volatile event. Bitcoin’s performance also outdid gold, which only gained marginally.

In the end, it is physical gold that has earned Goldman Sachs’ ultimate respect. That’s quite significant, and something that all investors should ponder before the next crisis hits.