This One Chart Says Gold Prices Could Hit $2,100

Gold Prices Could Be Setting Up to Soar

There’s one chart that says gold prices could be setting up to make a move towards $2,000 and beyond.

Please look at the chart below. It plots the monthly gold price. Also, pay very close attention to the black lines drawn on the chart. 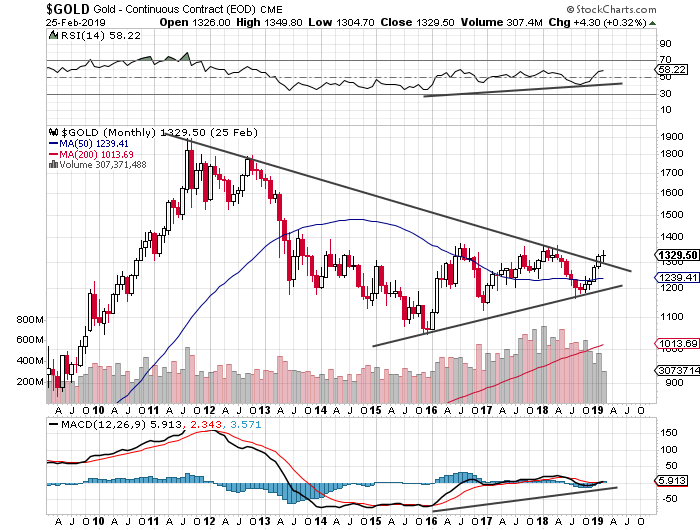 Over the past few years, on the gold price chart, we have seen the formation of a chart pattern called a “symmetrical triangle.”

A symmetrical triangle forms when there is a preceding downtrend and a developing uptrend. Usually, the price is consolidating (the trading ranges are getting smaller) when this happens.

A symmetrical triangle isn’t a bullish or bearish pattern. You can only tell where the price will move once it breaks out of the triangle.

Thanks to the move over the past few months, the gold price has broken out of the triangle.

Remember, without momentum, you really can’t do much.

These two momentum indicators are suggesting that the momentum is in favor of the buyers. The buyers are increasing in number, controlling the price. And they could take it much higher.

At the very least, this is all very bullish for gold prices.

When it comes to technical analysis, there are some guidelines on where the price could go after there’s a certain trigger. And with a symmetrical triangle, there are targets as well.

Technical analysts usually take the widest part of the triangle (the price range) and add it to or subtract it from the breakout point, depending on whether the price broke above or below the triangle.

In the chart above, there are two instances where the widest part could be used.

This Is Where You Could Make Stellar Returns

Dear reader, I have publicly said that gold miners could be the next millionaire makers. I still believe this.

Consider the charts below to get some perspective on the leverage that mining stocks provide to gold prices: 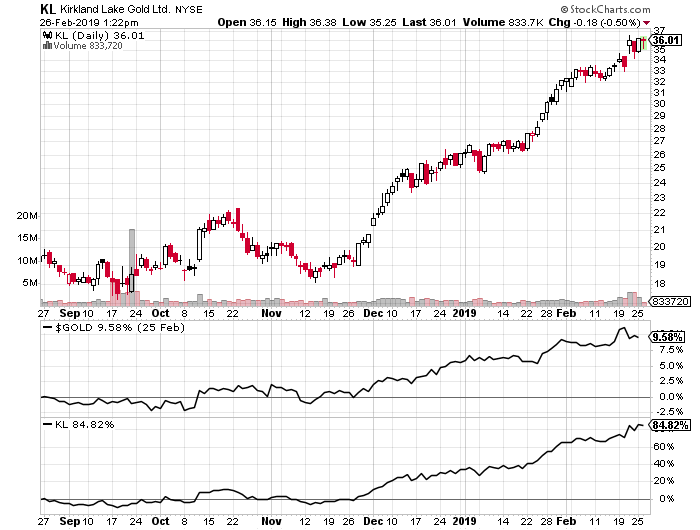 If gold prices increase by even 20% from their current levels, it wouldn’t be shocking to see a number of gold mining stocks double in value, if not more.

Watch Out! This Gyration in the Stock Market Could Hurt Complacent Investors
Moe Zulfiqar, B.Comm.