There are so many Bushes around these days, you’d think we were in Sinai at the time of Moses. In 2014, another Bush wanted to start a political career in Texas, as George P. Bush vied to extend the Bush political dynasty into a fourth generation.

The son of former presidential candidate and Florida Governor Jeb Bush, and grandson of former President George H.W. Bush, announced that year that he was running for election to the position of Texas General Land Office Commissioner–and he won.

But no matter what you think of him and the Bush family, it must be said that they are endowed with extraordinary doses of persistence and chutzpah. Indeed, “if you fail, try and try again” might be the family motto, as George Prescott Bush is running again for re-election as Texas State Land Commissioner, with the vote to be held in May 2018. 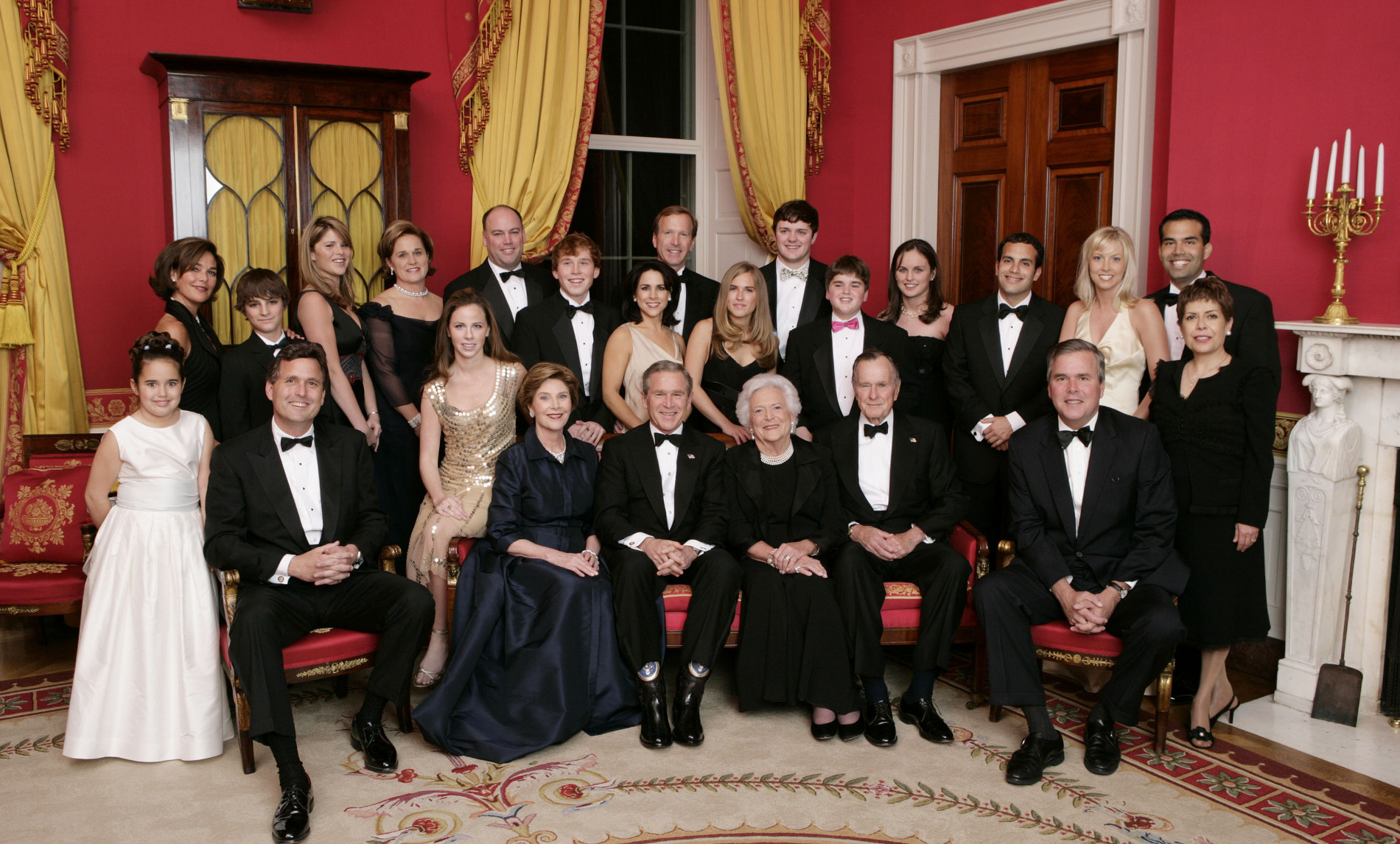 The Bush Family in Red Room of White House in January 2005 (Credits: The White House/Handout)

It Doesn’t Sound Great, But It’s Still a Stepping Stone to the Presidency

Nobody grows up spending countless hour daydreaming about making your presidential grandfather proud by being State Land Commissioner for Texas. George is 41 years old, which is a good age to be targeting the Presidency of the United States. Just think: George P. is just a year younger than Barack Obama was when he delivered his famous 2004 Democratic Convention speech. So it’s definitely time to start.

George P. Bush is the first of the Bush dynasty to win an election the first time out. That’s better than his great-grandfather (George Prescott Bush Sr.), who was a senator for Connecticut for over 10 years. Before winning that post in 1952, he lost in 1950.

George Herbert Walker Bush, the grandfather, lost his race for the House of Representative in 1964, only to serve as Ronald Reagan’s vice president in 1981.

Uncle George W. Bush, a.k.a. “Dubya,” lost the race for the House of Representatives in 1978 before becoming governor of Texas and then two-term president.

If you’ve kept count, George P. would add a fourth generation to the Bush Dynasty. Apparently, conservatives have not yet had enough of the Bush clan in American politics.

Yet George Prescott Bush, an attorney, has a good shot at a big political career. He’s said to be more conservative than his uncle, father, and grandfather, which could help attract supporters of current President Donald Trump. He is said to oppose abortion, while having string doubts about the desirability, if not its inevitability, of gay marriage. (Source: “Return of P: Is Texas Really Ready for Another George Bush?,” Mother Jones, October 28, 2014.)

He also fought in the U.S. Navy in Afghanistan as an intelligence officer under an assumed name. It’s not surprising, given his mother is a naturalized U.S. citizen who was born in Mexico. (Source: Ibid.)

The post of Texas State Land Commissioner is unique–and uniquely powerful. It’s a four-year term office, like so many in the United States at every level of government. However, it’s also an office that only Texas can boast. The Republic of Texas created it after winning independence in 1836, thus making it the oldest elected office in the state.

The commissioner addresses veterans’ concerns and, as the name of the office implies, administers state lands, which of course includes something of a Bush family legacy: oil and gas exploration rights.

Thus the position represents a great start in Texas. But should George Prescott Bush win again, he might want to start launching his bid for the Senate or the House in 2020. That’s when Donald Trump will be up for re-election as well.