Fire and Fury Fallout: Steve Bannon May Have Ruined His 2020 Presidential Aspirations

While the fallout from excerpts released from Michael Wolff’s Fire and Fury continue to reverberate, its biggest consequential effect may be yet to come. Reports suggest Steve Bannon is being shunned by key wealthy backers, threatening to shuttle his rumored 2020 presidential run before it begins. Presidential runs take deep pockets, after all.

The evidence comes via a report by The Washington Post, which suggests that billionaire Breitbart owner Rebekah Mercer is no longer backing Steve Bannon. This includes a dearth of support for any future Bannon initiatives. (Source: “Bannon loses support of pro-Trump billionaire backer over media fights,” The Hill, January 3, 2018.)

Apparently, Mercer’s disgruntlement with Bannon’s ways was a crisis in the making. The same The Washington Post report cited Mercer’s ire with Bannon over his persistent strategy to back Republican Roy Moore in the Alabama Senate special election. This, despite raging sexual misconduct allegations suggesting that Moore acted inappropriately against minors. While Bannon’s position is defensible in light of scant evidence of Moore’s wrongdoing, apparently Mercer wasn’t so accommodating.

MERCERS OUT: Bannon's recent behavior has lost him the financial backing of a major patron and supporter of his projects — Rebekah Mercer. @jdawsey1, @PostRoz and I report. https://t.co/HF4Fl4eDwB pic.twitter.com/Zh6KDSCJut

Ultimately, if Rebekah Mercer stays the course, Bannon would need to solicit nine-figure campaign financing sums elsewhere. Some of that might be recoverable at the grassroots level, but it couldn’t be done without the support of a few yet-unnamed mega-donors.

Perhaps a bigger challenge would be obtaining a mega-donor to begin with. After Bannon stepped on Donald Trump’s throat, I’d imagine few billionaires are anxious to enter the ring. After all, with money comes the expectation of commitment and loyalty. Although one may choose to play down Bannon’s comments as foolish, they certainly weren’t endearing. If long-time backers like Mercer have reservations about loyalty and judgment, how would new money make any difference?

Steve Bannon’s Executive Chair Position May Be in Jeopardy

Given all that’s happened, it’s premature to count Steve Bannon out of the 2020 race. Obviously, a lot can happen between now and the next couple of years. Perhaps the two sides let bygones be bygones and move forward. Perhaps Bannon refocuses on the bigger agenda and recommits to a fruitful relationship with the president. Or perhaps both sides realize that the left is creating this artificial chasm to erode trust between Trump’s base and the man who delivers their information. There’s still time to walk back from the ledge. 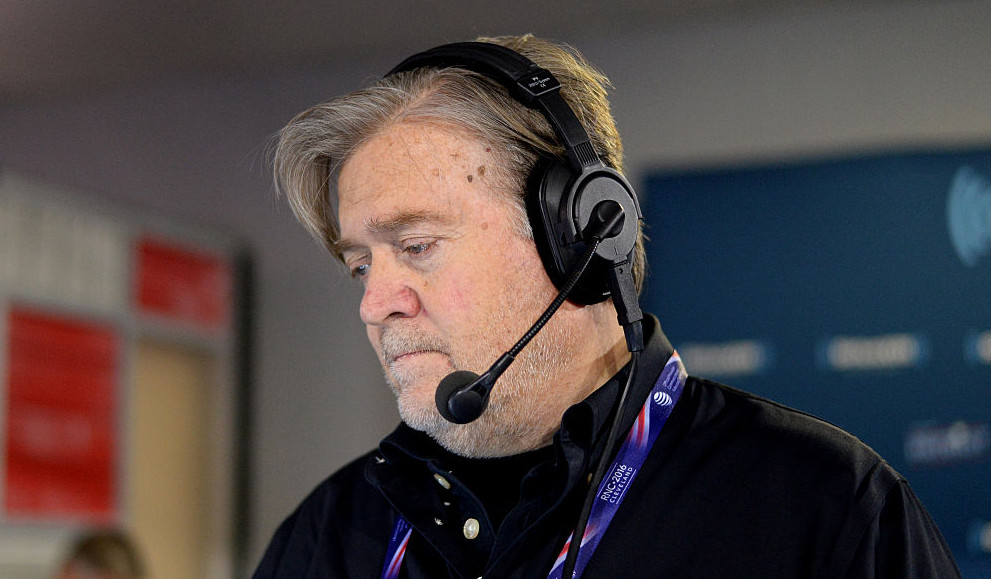 But for Bannon’s presidential aspirations to continue, he must retain his position at Breitbart News. If he’s dismissed, as Rebekah Mercer is reportedly considering, it’s game over. Not only would Bannon’s deep influence among millions of potential voters weaken, so would his influence over the MAGA agenda.

For Bannon’s sake, and the sake of millions of Bannon fans loyal to his commitment to the “America First” ideology, we hope this feud blows over. Both men need to look at the bigger picture and realize they cannot accomplish their similar agendas on their own. Steve Bannon has been among Trump’s biggest allies upon leaving the White House. Any shakeup of top management at Breitbart adds an element of uncertainty to an administration desperately searching to counter-balance the mainstream media.

Either way, we wait to see if the damage has been done, or whether time heals old wounds. Bannon’s potential 2020 run depends on it.