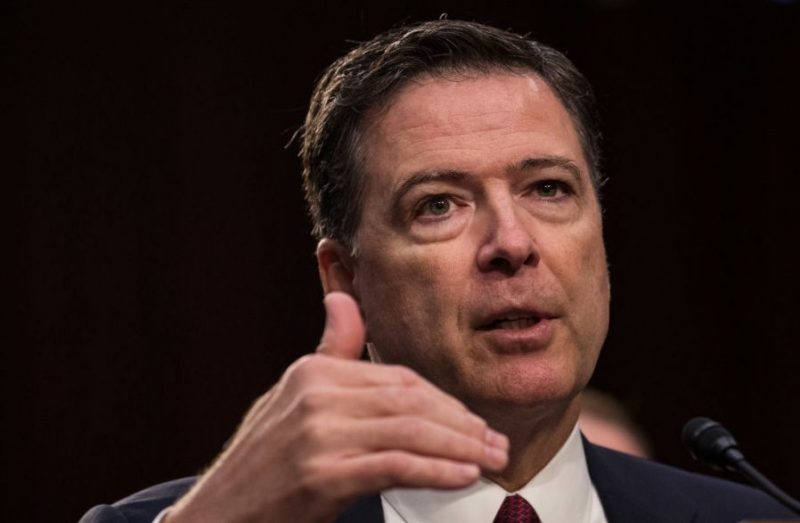 James Comey, who served as the seventh director of the Federal Bureau of Investigation (FBI) did, in fact, leak top secret information.

Comey did this in such a unique method that may have never been seen before. He wrote a total of seven memos which went into detail of his interactions with President Donald Trump. Four of the seven notes included details of conversations that would be labelled as “secret” or “confidential.” All this information was confirmed by Senior United States Senator Chuck Grassley. (Source: “Grassley writes Justice Department demanding answers on Comey memos,” CNN, January 3,2017.)

When Comey testified in June 2017, there were questions surrounding the memos, but, at the time, it was said that there was no confidential information in them. Comey gave four out of the seven memos to Daniel Richman, who is a Columbia University professor. Therefore, based on simple math, there was at least one document given to Richman that did have confidential information.

In the months after Donald Trump took residency in the White House, there was speculation that there had been interference in the presidential election from Russia. This led to a special investigative committee being formed by Robert Mueller,  who had been the sixth director of the FBI. Mueller was appointed to the position of Special Counsel in May 2017.

Before and after Mueller was given the position as head of this special team, there were names swirling around in the media of people who may have been involved in the election interference efforts. One of the names mentioned was Comey, for allegedly meeting individuals who were linked to Russia in order to help Trump win the election. One of the reasons Comey’s name was brought up was that everyone who President Trump appointed to a high-ranking position was being looked at as a suspect.

Right around the time that Mueller began assembling his team, Comey was relieved of his duties as the director of the FBI. It is said that Comey was dismissed from his position because he was looking to determine if there was, in fact, interference from Russia. At the time of his dismissal, Comey was investigating Michael Flynn to determine whether there was any wrongdoing in the election. It is believed that Trump told Comey to back off investigating Flynn, but Comey didn’t back down, and he continued his job duties. (Source: “Trump fires FBI director Comey, raising questions over Russia investigation,” The Guardian, May 10,2017.)

Comey wanted to be able to talk openly about his experience to other FBI members and government representatives.  Comey attempted to write the memos in a general manner, without getting into too much detail.  However, four of the seven documents did contain confidential information. Comey has stated that he would document his conversations with the president. This would include communications using both classified computers and ones that were not. (Source: “Grassley writes Justice Department demanding answers on Comey memos,” CNN, op cit.)

Richman, who received memos and shared one with a reporter, had no idea that the information was confidential because there were no such markings on the documents. However, the memos written by Comey could now be considered secret information, which does not help Comey in any way. (Source: “Comey friend: No memos given to me were marked classified,” CNN, July 10, 2017.)

Could Comey Go to Prison?

The law in the United States does state that, if confidential information is tampered with or released to the public, it could result in a prison sentence. Therefore, Comey could be punished for his actions and end up behind bars.

However, there is another scenario that is quite a possibility. Comey could end up working with the special investigation team looking into the possible Russia interference. There are two major reasons why this could happen: Comey’s political beliefs are considered neutral, and he holds knowledge as an insider.

Comey has been known as a Republican supporter his entire life. More recently, however, his political views have moved to supporting no party. Since Mueller and his team are looking into only Republican Party supporters, it means that Comey may be able to provide unbiased information to Mueller.

Comey was investigating Flynn, who later was alleged to be involved in interference in the 2016 election. This shows that Comey has the ability of using his skills as an experienced FBI director for the good of Mueller and his team.

In order for Mueller and his team to make the best use of taxpayer’s money and time, it would make sense to have Comey on their team. Since President Trump dismissed Comey for doing his job, there could still be bitterness toward his former boss. This could lead to Comey using the information that he gained during his time as  FBI director to avoid facing prison time.