In what came as a startling gift to conspiracy theorists everywhere, Deutsche Bank AG (NYSE:DB) just agreed to pay $38.0 million to settle charges of manipulating the price of silver.

The German bank has come under pressure alongside some of its peers, but it decided to settle the class action lawsuit rather than try to battle it out in court. It should be noted that Deutsche did not admit wrongdoing, but only refused to fight certain charges. (Source: “Deutsche Bank to pay $38 million in U.S. silver price-fixing case,” Reuters, October 18, 2016.)

Among those were charges of:

According to affidavits, the settlement negotiations began in December 2015 and concluded on September 6, 2016. The lawsuit was only one in several alleging that commercial banks have been colluding to fix interest rates and prices in the commodities sector.

After filing settlement papers in a Manhattan federal court, the plaintiffs’ lawyer, `, said the Deutsche compromise could serve as an “ice breaker” for similar deals with other banks.

His rationale was that the deal is a compromise that provides “substantial monetary compensation plus cooperation from Deutsche Bank in the continued prosecution of this important case against the non-settling defendants.”

That being said, the courts must still approve the settlement.

The original case brought allegations of price fixing in the silver markets against four major banks: Deutsche Bank, HSBC Holdings plc (NYSE:HSBC), Bank of Nova Scotia (TSE:BNS), and UBS AG. Investors formed a class action to allege that the first three banks had rigged prices, and that UBS had exploited that rigging. Earlier this month, a judge dismissed the charges against UBS.

However, the plaintiffs still believe they can amend the charges to include UBS in the lawsuit. A lawyer representing their interests has said they intend to alter the complaint to target the Swiss bank as well. 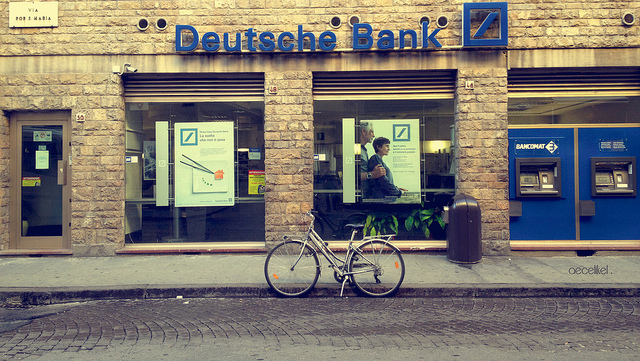 It is unclear how the $38.0 million Deutsche has agreed to pay stacks up against the profits made through the alleged price fixing. The investors say banks made more than 100% annualized returns through the scheme by suppressing the $30.0 billion in silver and silver-related investments.