Here’s Why the Bulls Are Wrong About CAT Stock (NYSE:CAT)

Despite a Solid 2016 Performance, Caterpillar Stock Is Full of Risks

Caterpillar stock does not appear to have suffered—at least not yet—from the downgrade. Indeed, many investors might be wondering why S&P would have decided that now was the time for a downgrade.

Indeed, Caterpillar stock has been one of the best-performing stocks in the Dow Jones in 2016. Despite a weak commodity market and lower revenues, CAT was one of the steadiest chart climbers of all. It did not seem to matter that Caterpillar is facing major labor disruptions in Europe.

One wonders if technical analysts, those who follow chart movements closely, were the ones trading CAT stock. Or perhaps (and who can blame them) CAT attracted many investors, who were happy to reap a 4.5% yield on Caterpillar’s dividend. But charts have a way of dashing expectations, because they tend to rely on self-fulfilling outcomes.

Indeed, an analysis of the facts on Caterpillar stock identifies major concerns. This suggests that S&P’s downgrade may have a point. The basic point can be reiterated succinctly: CAT stock might be just a tad overrated. The quarterly results reported in late October have spoken for themselves and they weren’t all that eloquent. Caterpillar delivered pessimistic forecasts for the year due to what the company saw as the economy’s persistent weakness.

Caterpillar Itself Demonstrated its Pessimism

Caterpillar cut its workforce over the period by a whopping 14,000 jobs over one year. In September, it announced the closure of a production unit in Belgium, which alone resulted in 2,000 job losses and a persistent labor action. Earnings dropped by 50% while revenues dropped by over 16%.

Two things are keeping Caterpillar’s hopes afloat. One was that it beat earnings per share expectations, excluding the restructuring costs. The other is that Donald Trump won the presidential elections. The tycoon president-elect ran a campaign promising to rebuild America’s infrastructure. But Caterpillar itself might not see that opportunity from such rosy colored glasses, even if Trump delivers on that promise.

Caterpillar said it expects its full-year financial year to earn $3.25 per share. This is lower than the already-pessimistic analyst expectations of $3.50. Caterpillar was brutally honest during its quarterly conference call. The company offered nothing to prompt the post-election surge of CAT stock from $85.00 per share to $95.00 per share.

So far, the weakness in the U.S. construction sector in the United States continues as does weak—if steady—economic growth in Europe.

Then there are the still-unclear consequences of Brexit and other potential [insert the first two letters of your favorite European (EU) member state]-exits. Italy, France, Holland, and Germany are all on the brink of critical political moves, all just steps away from bringing down the roof on the EU and the euro. 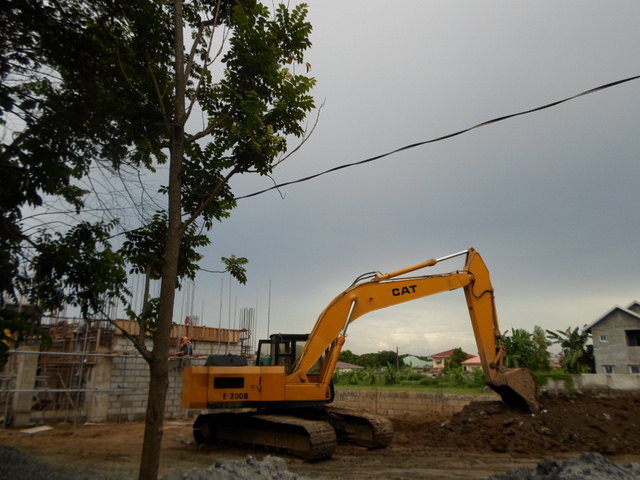 But some hopeful CAT shareholders might object. They say China could still drive demand for Caterpillar machinery. China might be better off than Europe insofar as demand, but economic weaknesses have become more pervasive. All markets are fragile now.

In North America, there is an abundance of perfectly suitable second-hand construction and mining equipment left idle, suffering from loneliness because there simply isn’t enough demand. Caterpillar’s CEO Doug Oberhelman admitted as much in the Q3 report.

Oberhelman helped Caterpillar achieve record sales in 2012, but his bet in the mining sector finally proved difficult, as oil prices and Chinese demand fell. So next time you see an idle and rather new-looking Caterpillar excavator in an empty construction lot, consider S&P’s downgrade on CAT as a warning.