Canopy Growth Stock (CVE:CGC) Might Be Hot but Investors Should Remain Cautious

While Canopy Growth Stock Has Attracted Market Attention, It Has Risks

Uncertainty or not, some analysts have hailed the legalization of marijuana, otherwise known as cannabis. The market has welcomed the move, and companies like Canopy Growth Corp (CVE:CGC, TSE:CGC) have benefited.  Investors have welcomed the financial opportunities that marijuana stocks, including Canopy Growth stock, can create for investors.

Aaron Salz, the first analyst to follow Canadian cannabis stocks, is enthusiastic. The analyst from Dundee Capital Markets suggests that the market for medical marijuana alone could see double-digit growth in the next decade. Indeed, investors should prepare for a hectic journey before the next bull cycle begins. (Source: “Canada’s budding marijuana industry could blossom into a $5-billion market if Liberals make recreational pot legal,” Financial Post, October 20, 2015.)

Some cannabis stocks are already gaining fans. Canopy Growth stock is one of the most popular. Canopy Growth’s “assets” are its unused production capacity, a recognized brand, and a solid balance sheet. Canopy Growth is the largest legal producer of marijuana in Canada. Users know it for its brand-name product “Tweed.”

The company benefits from the Canadian government’s regulatory framework. It keeps many potential newcomers out, limiting competition and fueling customer loyalty.

But as an investor, caution is always the best principle, especially in something as weedy as marijuana stocks. Canopy Growth stock has gained, but not everybody has the same opportunities to enter the market. A clear must-have is a license, which means a company can produce and distribute.

Treat marijuana stocks with at least the same amount of caution as biotech and pharma stocks. Given their medical aspirations, products will undergo significant scrutiny. That’s why a license is crucial. Many newcomers might promote marijuana stocks, exploiting their novelty and their pop-culture status, but be extremely careful. Target only companies that already have a license and who have the means to produce and distribute their products.

Aside from any remaining legal challenges, production must increase before marijuana stocks could even begin to see solid growth.

In the United States, the marijuana market will be confusing. Colorado, California, and Washington State may have legalized marijuana for recreational purposes. But it remains an illegal substance in most of the United States. Marijuana companies may therefore face the risk of having loans and other services refused. 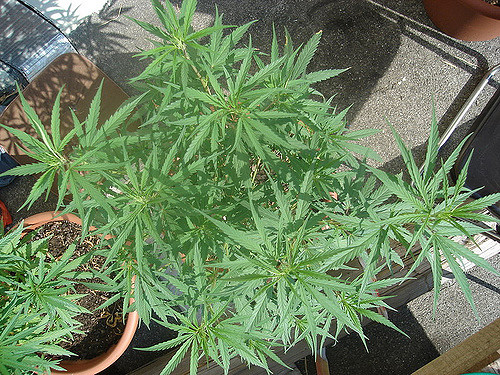 The medical marijuana industry might be the best one to consider at first. This is because the major pharmaceutical companies are not going to sit idle. They might get involved, wanting to benefit from the new industry, buying start-ups or including special ingredients in their own Food and Drug Administration (FDA)-approved product portfolios.

Investors need some prep time. They must learn to distinguish good marijuana stocks from the “weeds.” Marijuana stocks could generate a hype—with due proportions—not unlike the dotcom phenomenon of the mid-1990s.

So, while the New York Stock Exchange (NYSE) or the Toronto Stock Exchange (TSX) may have a couple hundred cannabis stocks listed, investors should research to find out which ones are best. Only a few might be worthy of consideration.