Warren Buffett has finally broken his silence over the Wells Fargo & Co (NYSE:WFC) bank account scandal that threatened one of the largest financial institutions in the U.S.

The world’s most successful income investor was cited as saying that former Wells Fargo & Co Chief Executive Officer John Stumpf is responsible for this fiasco that encouraged staff to set up bogus accounts. Stumpf then made matters worse by not fixing the problem. Stumpf is a “very decent man” who “made a hell of a mistake,” Buffett said in the interview posted on CNN’s website Friday. “And he didn’t correct it. That’s the thing.” (Source: “Warren Buffett hasn’t sold a single share of Wells Fargo following scandal,” CNN, November 11, 2016.)

Buffett’s comments were the most detailed remarks on the bank since Wells Fargo agreed in September to pay $185.0 million to settle allegations that employees set up credit-card and deposit accounts without customers permission. More than 5,000 workers said they acted because they were under pressure to cross-sell different banking products to clients and meet sales targets.

“It was a dumb incentive system,” said Buffett, whose Berkshire Hathaway Inc. is the largest investor in Wells Fargo. “When they found out it was dumb, they didn’t do anything about it.” (Source: Ibid).

Stumpf resigned from the top post at Wells Fargo last month and was replaced by Tim Sloan. Buffett previously said he’d wait until November to comment on Wells Fargo, in which his holdings are close to 10%.

Wells Fargo has been facing tough public scrutiny since this scandal broke. It has lost treasury business with a lot of states that closed their doors on the bank following the SEC investigation into Wells Fargo. 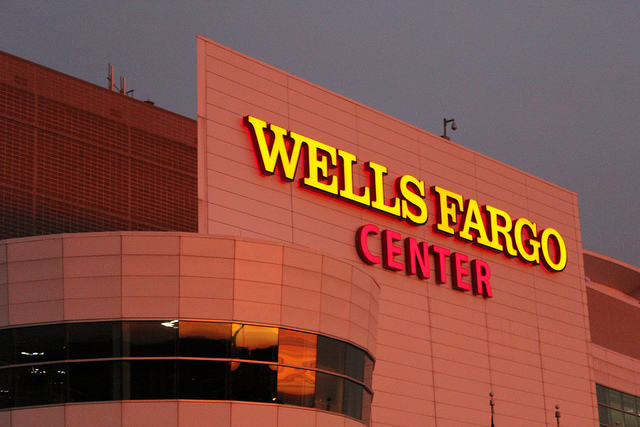 But Wells Fargo’s stock, which plunged as much as 10% after the scandal, has recouped all of its losses. It is now trading at the highest level this year on speculations that President-elect Donald Trump will loosen the tight regulatory environment for the U.S. banking systems as he embarks on his plan to boost growth by investing more on infrastructure projects.

According to the CNN report, Buffett hasn’t sold a single share of Wells Fargo since the scandal broke out.