Bernie Sanders ran to become the 45th president of the United States but lost the primary elections to Hillary Clinton, who in turn lost to Donald Trump. Sanders has become more a public figure since then and there is even a possibility that he might run for president again since he had a great campaign.

With that said, the focus of the article will be on everything you need to know about Bernie Sanders. Think of it as a Bernie Sanders Wiki page.

In this article, we will see everything about Bernie Sanders’ family, children, career, net worth, and more.

#1. How Old is Bernie Sanders?

In 2016, Bernie Sanders earned more than $1.0 million from various income streams, which was disclosed in the most recent U.S. Senate financial disclosure. The majority of the income came from book royalties and a $795,000 advance on his recently published book, Our Revolution. The book quickly became a best-seller and was released a week after Donald Trump won the presidency. (Source: “The Honorable Bernard Sanders (Sanders, Bernard),” United States Senate Financial Disclosures, June 4, 2017.)

Sanders earned another $63,750 for his book Bernie Sanders’ Guide to Political Revolution, which is written by Kate Waters and targeted towards younger readers. He also received $6,735 for his 1997 memoir, Outsider in the White House, which was re-released in 2015. In addition to the book royalties, Sanders earned $174,000 for his duties as a senator. 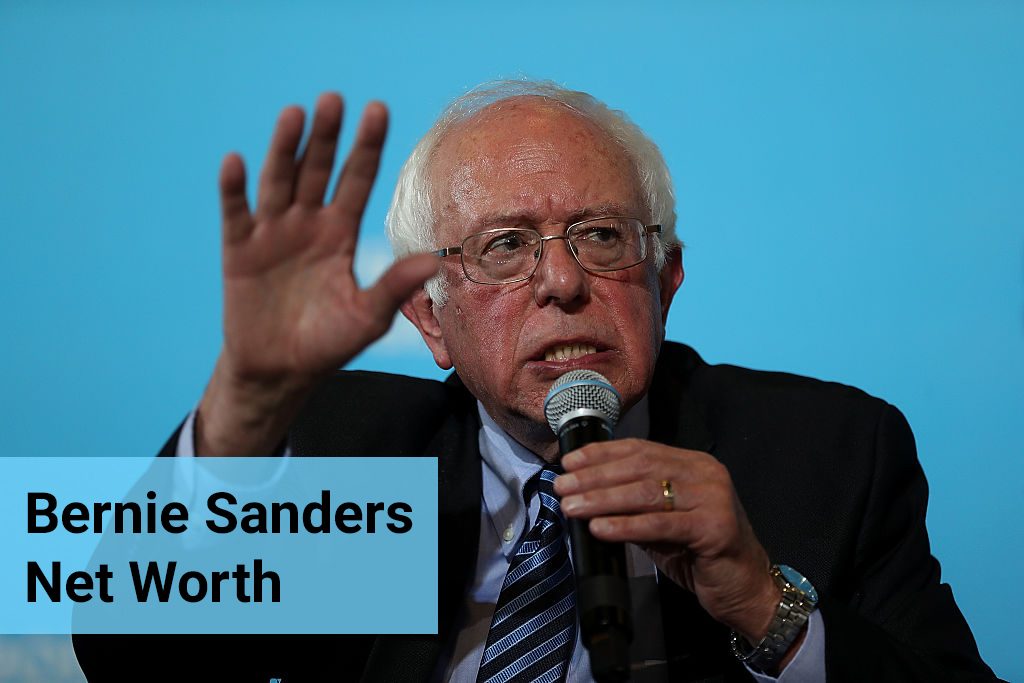 All this income has impacted Sanders’ net worth in a positive manner. He is worth approximately $2.0 million. Assets include pensions accounts, investments, houses, and cash deposits. Sanders carries two mortgages, which would be in the $350,000 to $750,000 range.

Bernie’s father worked as a paint salesman, which led to the Sanders living a middle-class lifestyle. Growing up, Bernie recognized the economic disparity amongst Americans (between the rich and the poor). Since Bernie and his family experienced firsthand the unfairness seen in America, it inspired Bernie to get his hands dirty in the political landscape.

In order for Bernie to complete his goals, he set out to spend some years in the schooling system. Bernie attended Brooklyn’s James Madison High School and once completed, he went to Brooklyn College. After a year at Brooklyn College, he transferred to the University of Chicago. That’s where his political career began, you can say. While at the University of Chicago, Sanders became involved in the civil rights movement, even attending Martin Luther King Jr.’s “I have a Dream” speech.

Sanders was also a member of the Congress of Racial Equity (CORE). While at CORE, Sanders participated in sit-ins and demonstrations to support his belief. He also served as the organizer for the Student Nonviolent Coordinating Committee. In 1964, Bernie completed his degree in political science.

After graduating college in Chicago, Sanders went back to New York, his birthplace and first home. While there, he worked various jobs, including a teacher, psychiatric aide, and a carpenter. A few years later, Sanders decided he’d had enough of New York and moved to Vermont.

When arriving in Vermont, he worked as a carpenter, filmmaker, and as a writer. The writing included several articles for The Vermont Freeman and creating and selling film strips and other educational materials for schools.

Then, in 1980, with no luck of winning, a friend encouraged Sanders to run for mayor of Burlington, Vermont. He ended up winning and was mayor for eight years from 1981 to 1989. Two years later, Sanders ran to become a member of Congress and won. In 2005, Sanders won a Senate seat and has remained in the position ever since. 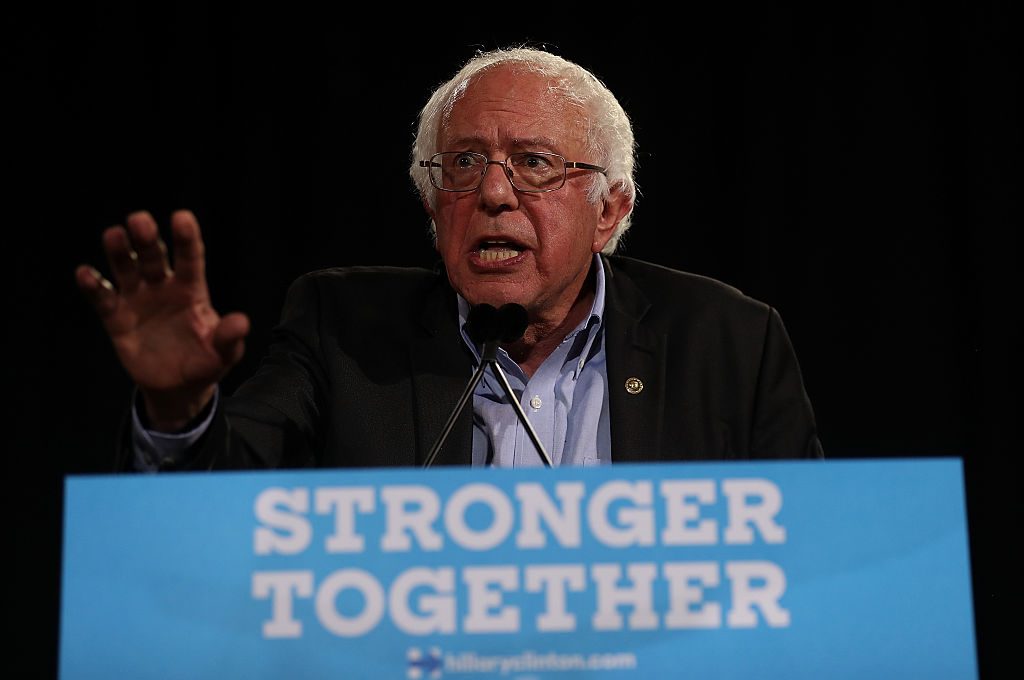 Most recently, Bernie had his sights set on the presidency of the United States and came short of representing the Democratic Party. There is a possibility he runs for president once again in 2020.

Bernie Sanders is a husband, father, and grandfather. Bernie has been married to Mary Jane O’Meara Sanders for more than 25 years. He is a father to his son, Levi Sanders, who was born in 1969; this was a time when Bernie was dating Susan Mott.

Sanders is also a father to one stepson and two stepdaughters, who Mary Jane had through a previous marriage. He is also a grandfather to seven grandchildren and is referred to as Grandpa Bern.

Bernie has an older brother, Larry Sanders, who is in politics as well. Larry is a British academic and politician, and currently the health spokesperson for the leftist Green Party of England and Wales. 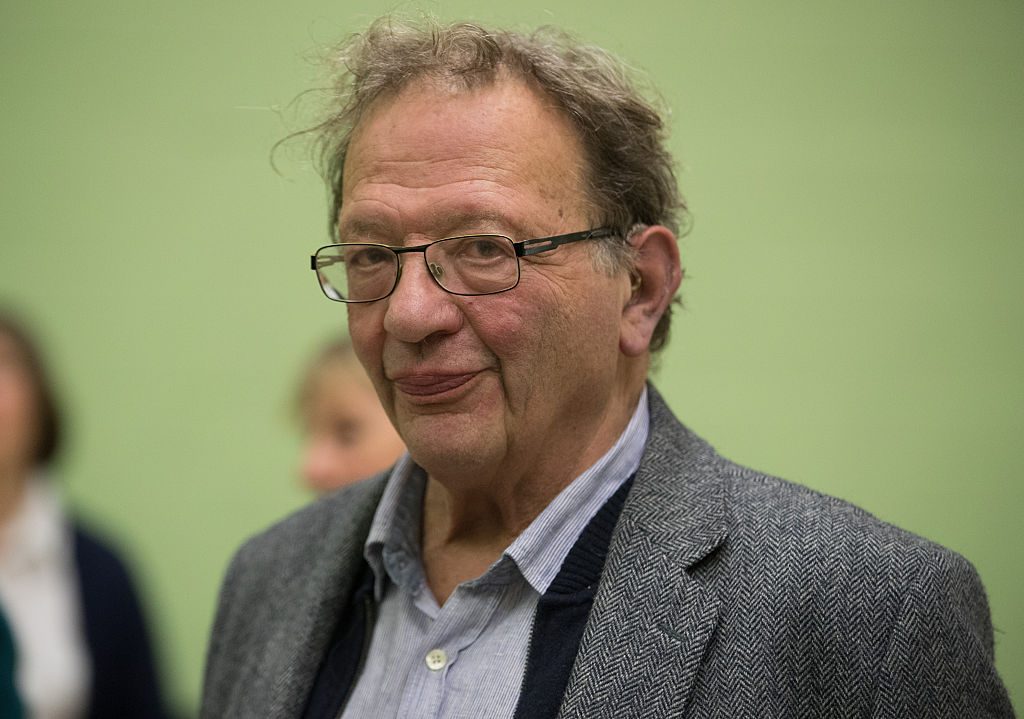 Mary Jane O’Meara Sanders met Bernie in 1981, 10 days before he was named the mayor of Burlington, Vermont. The two married seven years later in 1988.

Mary Jane completed her college degree in social work from Goddard College in Vermont. She also has a doctorate in leadership studies in politics and education from the Union Institute & University, which is based in Ohio.

Mary Jane has a quite a career and is continuing to serve the public. Early in her career, she worked in the juvenile division of the Burlington police department. Then she moved on to working as a community organizer and for Volunteers in Service to America (VISTA).

Mary Jane worked 10 years as the founding director of the mayor’s youth office and department head in the city of Burlington. She was also very active in the education system, elected as the School Board Commissioner. Mary Jane was also the founding member of the Women’s Council & the Film Commission.

In 1991, Bernie was elected to the U.S. Congress, Mary Jane worked as a volunteer for him until 1995. Then in 1996, Mary Jane was appointed as Provost and Interim President of Goddard College. She took the position to improve the finances and governance of the school. 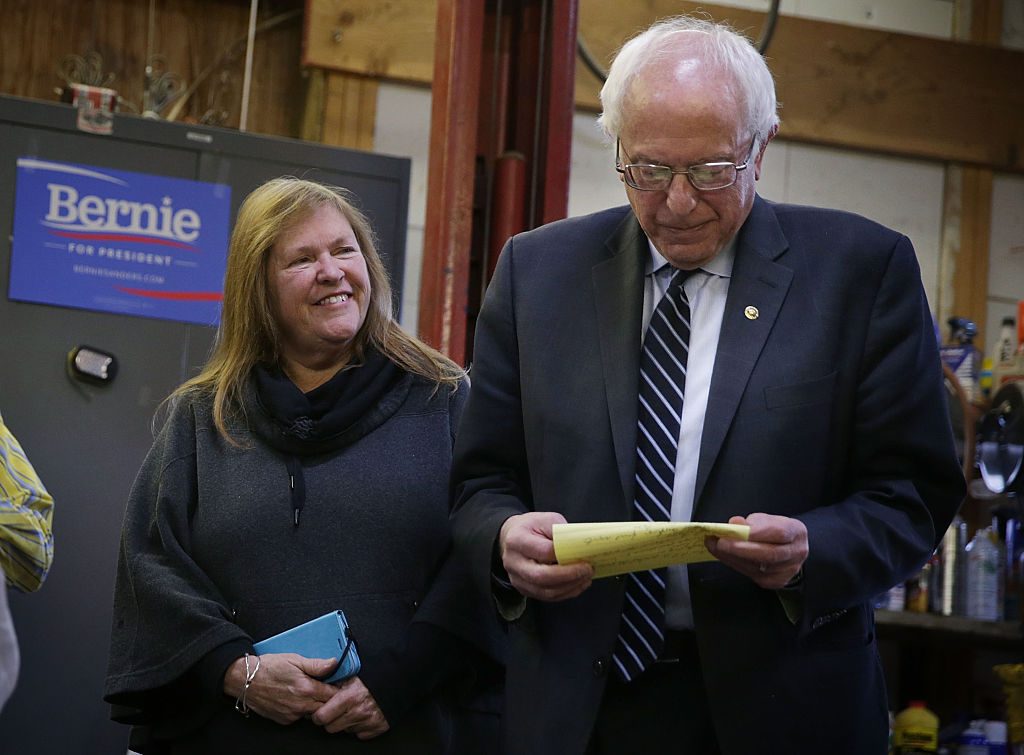 Eventually, Mary Jane became president of Burlington College. She was president from 2004 to 2011; the college was closed in 2016 due to financial problems. Its closure was in part due to the Mary Jane’s financial decisionmaking.

When Mary Jane was named the president of the school in 2004, there were roughly 200 students enrolled. She had ambitious goals of doubling or tripling the student count. The only problem was that there were not enough classrooms to fulfill this goal.

The college ended up acquiring land that was being used by the church. In order to fund this endeavor, a $10.0-million loan was used. The belief was that as more classrooms would be available for students, higher enrolment would follow. The plans didn’t turn out how they were projected and the debt loan could not be handled by the college. This resulted in the school closing down.

Mary Jane left the school five years before it was closed down for good, for reasons that were not disclosed. At the same time, she received a severance package for her duties as the president over the years.

The FBI is doing their due diligence in the matter but nothing has been released to the public.

In June of 2017, Mary Jane started a think tank, which goes by the name of The Sanders Institute.

Levi has completed a bachelor of arts from the University of Oregon. For more than 17 years Levi has been working as a social security senior legal analyst, with a focus on assisting cases that have been denied and are being reconsidered.

Also, Levi has worked with his father on two occasions. The first was when Bernie was running his senate campaign; Levi served as a consultant for the campaign by fundraising, completing paperwork regarding social security, healthcare, and other social service issues. 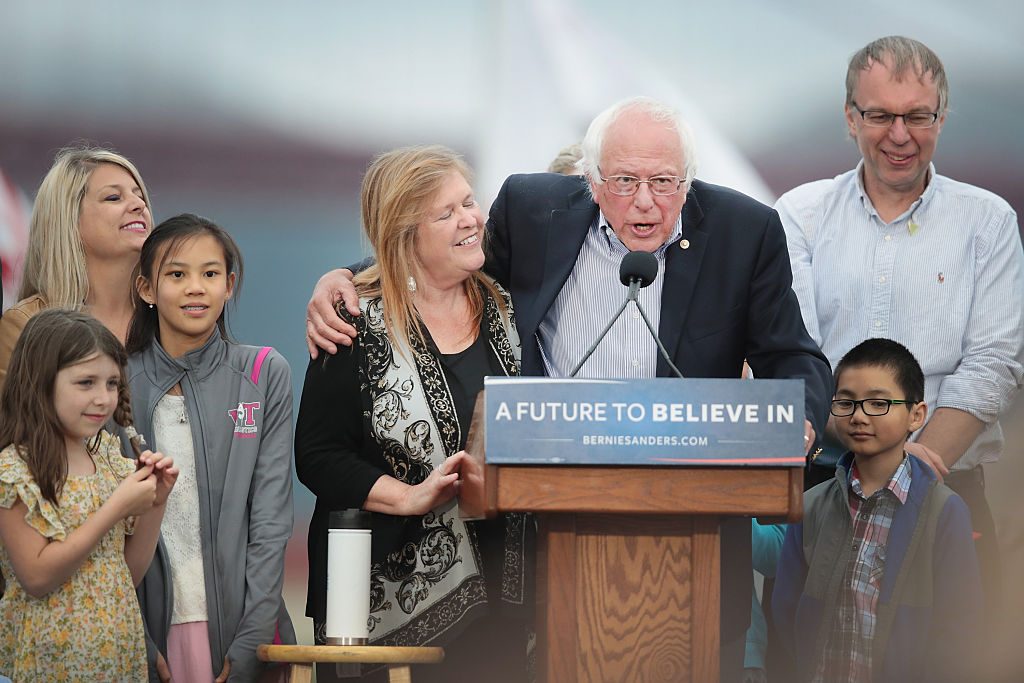 When Bernie married Mary Jane, he also became a stepfather to Mary Jane’s son and two daughters from her previous marriage.

Bernie Sanders’ stepdaughter, Carina Driscoll, has been in the public eye, not due to any political campaigns, but rather because of working at Burlington College, the same college that her mother was president of. 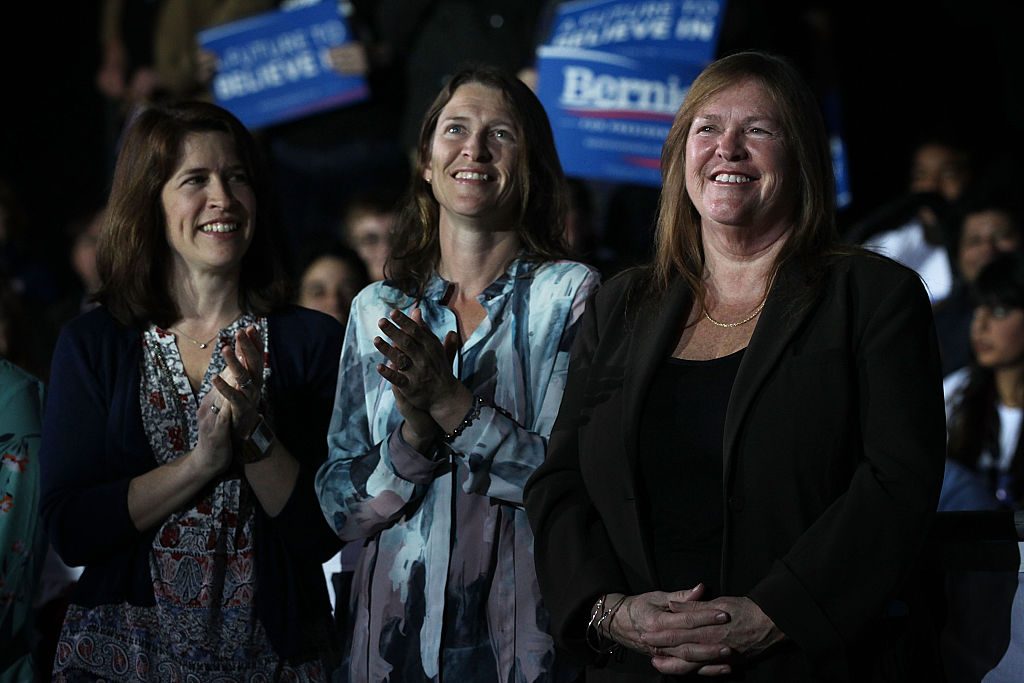 While Mary Jane was the president of the school, a woodworking program was added to the program list. Hundreds of thousands of dollars were spent on this program and given to Driscoll as a salary. This could be one of the financial reasons why the school was forced to close its doors.