The global economy could be headed toward a rough patch in the coming quarters. At the moment, a global recession can’t be ruled out. If the problems get bigger, we can expect a lot more volatility in the financial markets—much more than what we’ve seen so far this year. Key indicators of the global economy’s health are flashing red.

Investors need to be careful. The following five key indicators are worth watching.

The price of copper is one indicator of the pulse of the global economy. The red metal is vastly used by industries around the world. Copper prices increasing indicates that global industrial production is in good health and that the economy is doing fine.

If copper prices tumble, it’s time to worry. The price of copper has a history of dropping just before a global slowdown begins.

Year-to-date, copper prices are down by about 17%. They were down by almost 30% year-to-date not too long ago. The price of the red metal has recovered a little in recent weeks, but the trend shows that it could go lower.

Is the price of copper saying the global economy is coming to a halt? It looks that way. 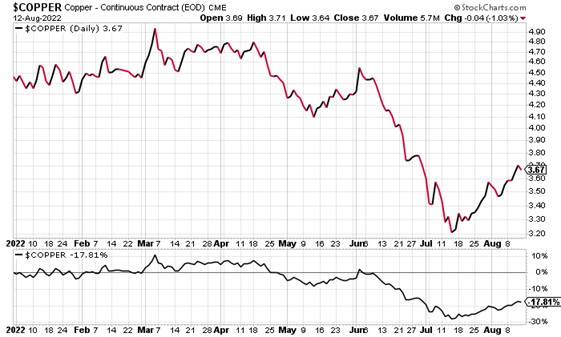 Another indicator of the current state of the global economy is the Baltic Dry Index (BDI). In simple terms, the BDI tracks shipping rates globally. The direction of the index essentially says how global demand looks. If the BDI surges, it’s a sign there’s growth ahead in the global economy. If the BDI tumbles, it means a slowdown could be right around the corner.

Look at the chart below; it tells us a very scary story about global economic growth. Over the last year, the BDI has crashed by nearly 60%! 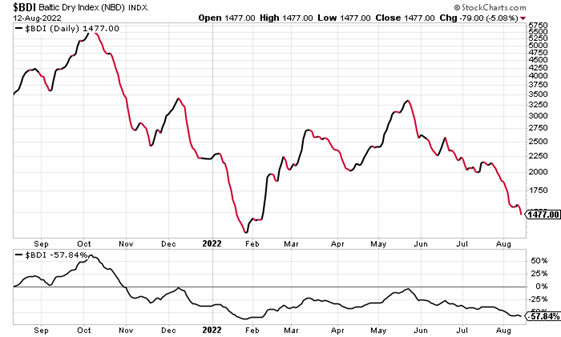 If copper prices and the BDI aren’t enough to convince you, look at the London Inter-Bank Offered Rate (LIBOR). This is the interest rate that banks around the world use when lending money to each other.

While LIBOR itself doesn’t tell us much about the global economy, it helps provide a big-picture perspective. As global economic indicators flash red, LIBOR surging could be like throwing gas on an already white-hot fire.

When LIBOR soars, it means liquidity is drying up: loans become more expensive to pay back, so consumers and businesses might think twice before spending or investing.

Since the beginning of 2022, LIBOR has surged by close to 1,300%! This is a significant increase. 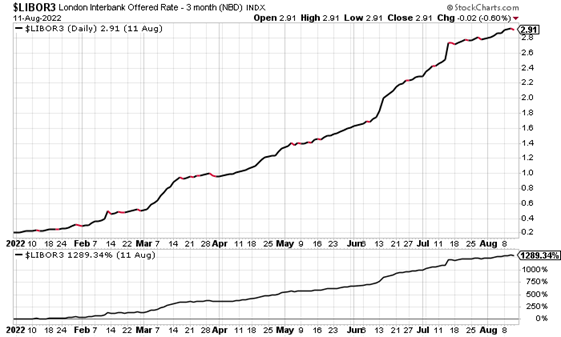 Now, look at the stock markets around the world. To get a good idea of how they’ve been performing this year, see the chart below. It plots the MSCI World index (excluding the U.S.). Year-to-date, this index has dropped by about 15%, and the trend says it could drop lower.

Stock markets tend to move ahead of the economy. Global stocks falling is a sign that the health of the global economy is deteriorating. 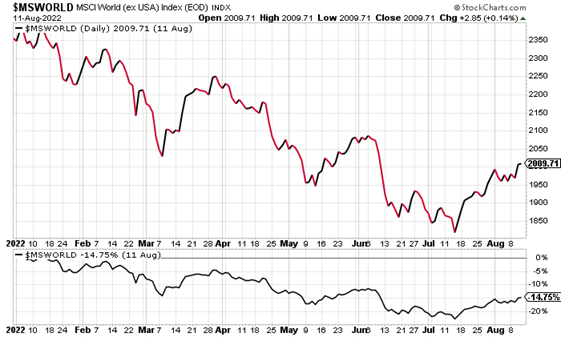 Lastly, look at the U.S. dollar. Whenever investors, businesses, and governments think economic risks are increasing, they end up buying U.S. dollars. It’s a king currency, a safe-haven asset. Global trade is done in the U.S. dollar, central banks hold it in reserve, commodities are priced in it, and the list goes on.

If the dollar increases in value, it’s a sign that economic risks are increasing.

The chart below plots the U.S. dollar index. It tracks the performance of the U.S. dollar relative to major currencies like the euro, the Japanese yen, and the Canadian dollar.

Year-to-date, the U.S. dollar index has increased by close to 11%. A move like this is rare for the dollar in such a short period, and it could be a warning sign for the global economy. 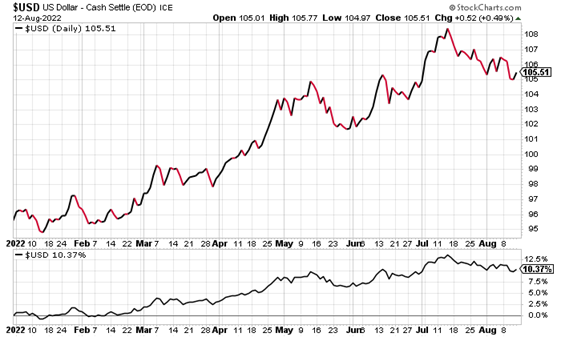 Global Economic Outlook for 2022 & Beyond

Dear reader, the five indicators discussed above are just a few of many that say the global economy is headed in a very wrong direction. You could look at economic data from major countries, statistics around global manufacturing, consumer sentiment data, or many other types of statistics. They all suggest that the global economic outlook is dire and getting worse.

With all this data, I can’t help but be pessimistic and fear that a global recession could be in the works for 2023.

Investors must understand that the U.S. isn’t an island nation. If there are problems in the global economy, it becomes an issue for the U.S. economy very quickly. Just think about what happens to exporters who sell goods and services to other countries—or what happens to companies that have global operations. Could they have a sustainable business if the global economy is in dire straits?

But don’t just stop there. What will happen to the financial system? If there’s one thing that has become evident since the financial crisis of 2009–2009, it’s that the financial system is extremely interconnected. A bank failure in Europe, for instance, isn’t usually just a European problem. It tends to have ripple effects around the globe.

The rising global uncertainty will only increase the volatility of the financial markets. For investors, it could have direct impacts on their portfolios. A slowing global economy is a risk that shouldn’t be ignored.