3 Charts Are Saying the U.S. Economy Is Headed Toward Recession

Home » Analysis and Predictions » 3 Charts Are Saying the U.S. Economy Is Headed Toward Recession

The U.S. economy continues to turn in the wrong direction. A recession could be ahead much sooner rather than later. Don’t be shocked if even the mainstream media starts to talk about a recession in late 2019 and early 2020.

Why have such a dire outlook on the U.S. economy? This outlook is not based on gut feelings. There’s a lot of economic data that suggests a recession could be brewing.

Pay close attention to the following three charts. They may change your opinion if you stand in the camp that believes all is well for the U.S. economy.

The chart below shows the year-over-year change in retail sales in the U.S. economy.

At its core, it’s an indicator of how U.S. consumers are doing and tells us how consumption will look. Keep in mind that consumption amounts to about 70% of U.S. gross domestic product (GDP). 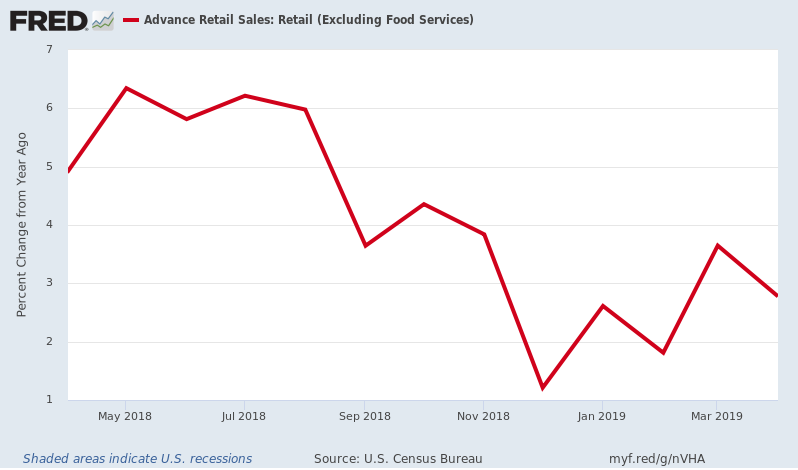 Over the past year, the rate of growth in retail sales has slowed significantly.

In May 2018, retail sales were growing over six percent. Now this rate is just around 2.8%.

In percentage terms, retail sales growth has decelerated by over 50% in just one year. It wouldn’t be wrong to say that consumers are pulling back and that consumption could be facing headwinds.

If retail sales weren’t enough to convince you that the U.S. economy could be headed toward a recession, look at another chart below. It plots the year-over-year change in total construction spending in the U.S. 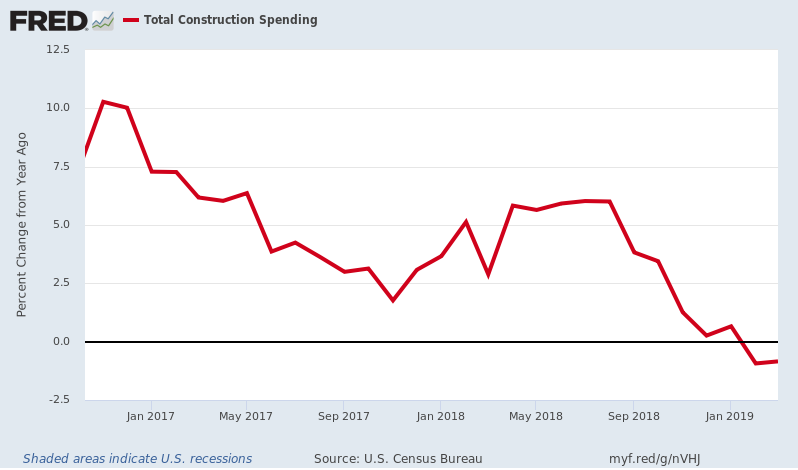 In early 2018, construction spending in the U.S. was growing at a pace over five percent. That was much slower than the growth rate in 2017, but decent nonetheless.

Lastly, look at the exports—the goods and services that the U.S. sells to the global economy.

Remember that exports directly impact GDP. And they are not really growing. 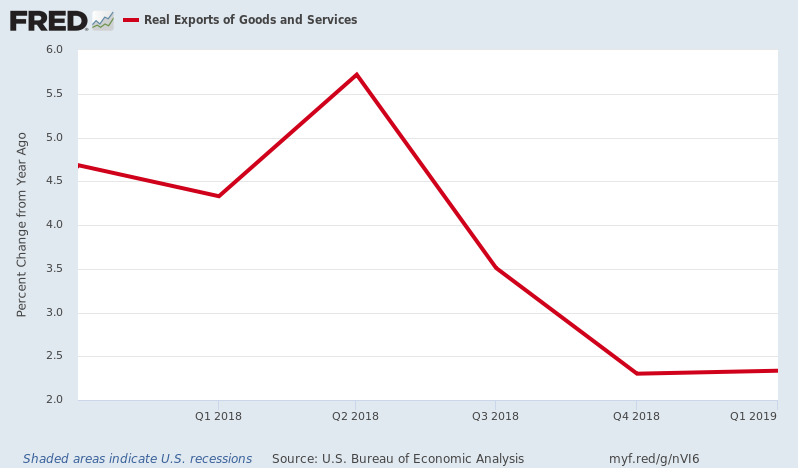 What’s Next for the U.S. Economy?

The U.S. economy doesn’t look good. If I were to explain it in simple terms, I would say that the economy is starting to get a fever.

I continue to watch the economic data closely.

Keep in mind that it takes a while for everything to show up in the data. But by the time it’s there, the worst may be over already.

I believe the end of 2019 and early 2020 may not be so great for the U.S. economy. Even the economic data may show a recession.

Investors beware. Stock markets tend to top before a recession. If a recession is ahead, a stock market top could be nearing, or we could be in the midst of forming one.

If Global Economy Slows Down, Investors Must Know These 3 Things