If you think the economy in the United States is just fine, think again. A recession could be fast approaching.

This dire warning is not based on gut feeling whatsoever. There are a lot of indicators that say an economic slowdown could be ahead for the U.S. economy. In fact, some indicators say the U.S. is already in a recession.

Before going into any details, know this: if you are waiting for the mainstream media to tell you when the next recession will be here, you will only be disappointed. At the moment, there’s too much optimism, and those who are predicting a slowdown are often mocked.

Digging into the details…

Now, look at the chart below. It plots the year-over-year percentage change in total construction spending in the U.S. economy. 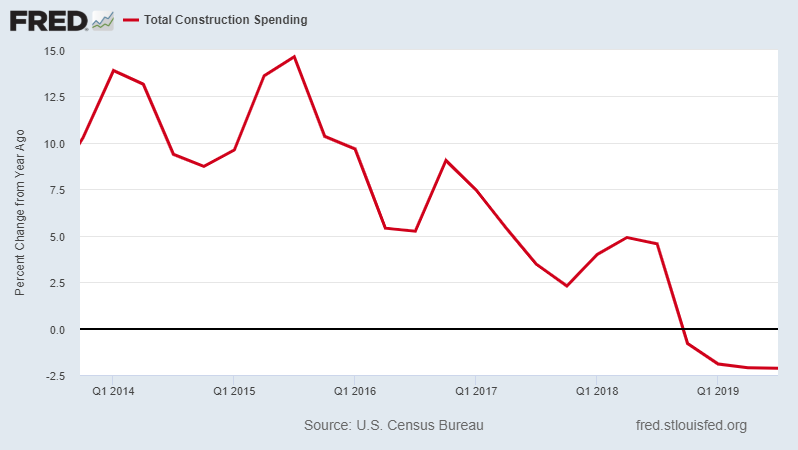 Construction spending isn’t the only indicator saying an economic slowdown could be upon us. Manufacturers are feeling the pain as well, and it’s bad news for the U.S. economy.

The chart below plots the year-over-year change in durable goods orders at U.S. manufacturers.

For the last two quarters, new orders for goods that last for a long time have been declining at U.S. manufacturers.

You see, in times of a slowdown, Americans tend to save more. Why? Because they get worried about what will happen if they lose their jobs. In times of growth, savings are not really their primary concern.

With this said, look at the chart below. 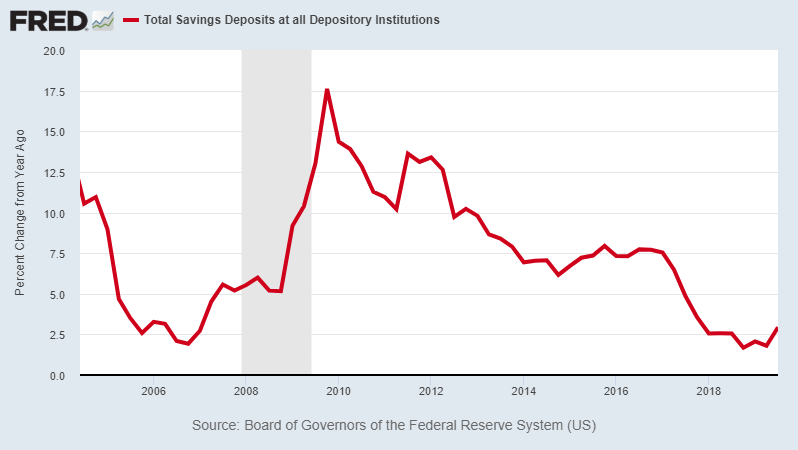 There has been an uptick in savings deposits over the past few quarters. If Americans are saving more, is this worrisome?

What a Recession Could Really Mean for Investors

Dear reader, I really don’t want to be the bearer of bad news. I love when things are good and everyone is making money. But I try to be as realistic as possible.

If you are a long-term investor, you should keep a close watch on economic indicators like the ones I mentioned here. At the moment, they are really painting a gruesome image of the U.S. economy. These indicators are pretty loud and clear that a recession is coming, if not already here.

Why should investors pay attention? There really isn’t rocket science behind this. If an economic slowdown is ahead for the U.S., certain sectors could come under fire—for example, consumer discretionary goods.

But this is not all. Recessions tend to be defining moments for central banks and governments. The last recession was bad. The U.S. government spent a lot and the Federal Reserve printed money at a very fast speed. In the next slowdown, they may be forced to do much more. And this will have an impact on investments.

Interest Rates: The One Thing Investors Should Watch Closely

The Truth About the U.S. Job Market You Won’t Hear Elsewhere